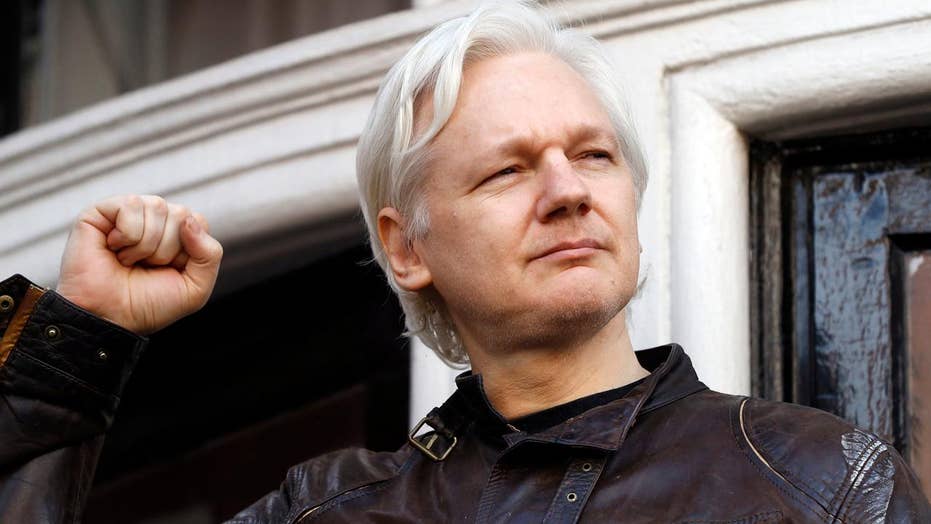 LONDON – Wikileaks founder Julian Assange is off the hook, for the moment, regarding some of his problems.

Authorities in Sweden on Friday dropped an investigation into an alleged rape in 2010.

We were in Stockholm earlier this year doing an investigation on the case for Fox News. We got some indications that the matter was coming to a head.

On Friday, Karin Rosander, spokesperson for the Swedish Prosecution Authority, confirmed to me that while they made no decision about Assange’s innocence or guilt, a “legal technicality” got in the way. Basically, Assange wouldn’t go back to Sweden.

The Wikileak's founder left Sweden for the UK shortly after the alleged incident. And since 2012, he has been holed up in the Ecuador embassy here in London. Authorities did not speak with him until November 2016. And it was restricted.

Former Swedish Chief Prosecutor Sven-Erik Ahlem told us today that the prosecution should have been more aggressive.

“In my opinion,” he told Fox News, “the interrogation should have happened much earlier.”

The reason Assange gave again on Friday for his years of exile is his purported fear of getting extradited to the U.S. on possible charges of posting classified Defense and State Department documents on the Wikileaks site.

While the Trump administration is now talking tough about Assange, there is no confirmation that there is an indictment or extradition prepared.

When we were in Sweden, the locals couldn’t figure out what the fuss was about regarding extradition papers to the U.S. that weren’t confirmed to exist. There WAS an extradition request to Sweden. Now, that’s dropped as well.

While we also heard concern there for the alleged victims, many Swedish people we spoke with were tired of the nearly seven-year long saga of Assange.

SWEDEN DROPS CASE, BUT WIKILEAKS' ASSANGE NOT IN THE CLEAR

Many will probably be happy to see this over in whatever way.

“This seems about right for the Swedish people,” Swedish legal expert Marten Schultz told me today.

I asked Schultz if this would be seen as a defeat for the authorities.

"It depends on who you're talking with," he answered.