Where is Baghdadi? The world’s most wanted man

Where is Baghdadi? Details about the search for the elusive Isis leader Abu Bakr al-Baghdadi.

Rumors ran rampant this past week – starting in Syria and spreading across social media in a matter of minutes – that notorious ISIS leader Abu Bakr al-Baghdadi may have been seized by the US-backed Syrian Democratic Forces (SDF) as they ran the brutal insurgency from its final pockets of territorial control.

Only it would prove to be yet another false alarm.

“These reports are baseless, with no evidence,” Kino Gabriel, the SDF spokesperson and General Command of the Syriac Military Council, told Fox News. “He has not been captured.”

An arrest was made, a U.S.-based counter-terrorism analyst said, but it was “someone with the same last name.”

Baghdadi – whose real name is Ibrahim Awwad Ibrahim al-Badri – remains the world’s most wanted man, with the United States continuing to offer up to $25 million for information leading to his location. He is widely believed to be alive, and still very much in the sights of U.S., SDF and Iraq elite forces. 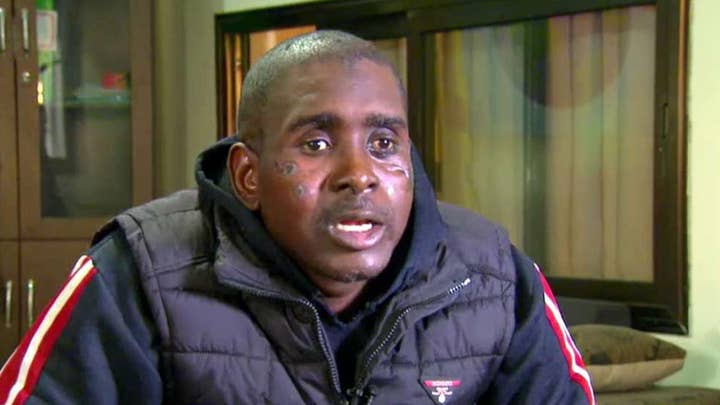 “Iraqi intelligence is following Baghdadi and we believe he never stays in one place for more than one day,” Abu Ali al-Basri, director general of Iraq’s intelligence office at the Ministry of Interior, told Fox News. “We have information he still moved from towns in Syria and entered the Iraq border through Anbar (province) with movement to bordering Salahuddin (province).”

While ISIS was declared officially defeated in Iraq in late 2017, sleeper cells remain scattered, especially in the western areas.

Basri said the most recent assessment this year had Baghdadi specifically pinned to the eastern Syrian border towns, mostly moving between the Syrian places of Hajin and Dashisha in Al Hasaka. It is believed that the shadowy ruler has long donned different “disguises,” most often sporting non-traditional, regular clothing to stay under-the-radar.

Multiple sources told Fox News that he maneuvers without convoys or any attention-drawing security figures, and is instead only flanked by a couple of trusted loyalists – and neither he nor his associates have mobile phones or detectable devices.

“We think Baghdadi is in the Syrian desert at-large,” Fadhel Abu Rageef, a Baghdad-based political and security analyst, said. “Wearing modern clothes, no mobiles, a simple car, and just a driver. Anyone around him is dressed in modern clothes.”

“We think Baghdadi is in the Syrian desert at-large. Wearing modern clothes, no mobiles, a simple car, and just a driver. Anyone around him is dressed in modern clothes.”

Basri claimed that two of the last people to meet with him were Ismail al Essawai, an ISIS member of the Education Committee, and Jamal Khalil al Mashadani, the ISIS leader in Kirkuk.

The alleged meeting took place in November near the Syrian town of Dashisha, which was formerly under ISIS control. Ten days later, the high-ranking Mashadani was apprehended by Iraq’s National Intelligence Service.

Intelligence says military raids are underway in the areas, and there is no intention of halting operations until he is found. Nonetheless, precautions are being taken under the assumption that Baghdadi will not risk being captured and would likely have mechanisms in place for some form of self-explosion.

Masked Sunni protesters wave Islamist flags while others chant slogans at an anti-government rally in Fallujah, Iraq, April 26, 2013. The leader of Al Qaeda's Iraq arm, Abu Bakr al-Baghdadi, defiantly rejected an order from the terror network's global command to scrap a merger with the organization's Syria affiliate, according to a message purporting to be from Al-Baghdadi that was posted online  June 15, 2013. (AP)

Hisham al-Hishami, a member of the National Reconciliation Commission and researcher in extremism and terrorism affairs in Iraq, who advises both the Baghdad and several foreign governments on terrorist activity, agreed that the notorious leader is indeed a master of disguises.

He believes the shadowy leader is in the remaining Syrian ISIS bastion but said he had no evidence of him having crossed into Iraq since the summer of 2017 as the “caliphate” there was crumbling. ISIS has been reduced to just two small villages in Syria’s border region with Iraq, with U.S. officials assessing that it all should be cleared “within weeks.”

A spokesperson for Operation Inherent Resolve, the name given the U.S.-led mission to defeat ISIS in Iraq and Syria, told Fox News they “have seen no indications of him or his whereabouts at this time.”

And while multiple sources inside the US intelligence and defense communities told Fox News that the issue of Baghdadi’s whereabouts has gone quiet in recent months, the push to find him has not fallen by the wayside.

Some experts predict that with the passage of time and the more ISIS loses its territory and power, its only inevitable Baghdadi’s cover will be blown.

“Baghdadi is probably moving around a lot to avoid detection but it will just be a matter of time before he is found,” noted Jeffrey Simon, a terrorism expert and founder of the national security consultancy firm Political Risk Assessment Inc. “I believe that he is still alive. News of his death would have been hard to keep secret for very long.”

Based on multiple interviews with detained ISIS members in Iraq since 2014, Baghdadi remained – even at high echelons – something of a mythical figure and the message portrayed to members was that seeing him in the flesh “would be dangerous.” Nobody really knew him, how he operated or much about his demeanor.

Baghdadi – who was first flagged by the U.S. with a reward bounty in 2011 before becoming the self-declared ISIS “caliph” in 2014 – has, according to Simon, been able to evade detection for so long for the same reasons Usama bin Laden was able to do so after September 11.

“Each terrorist leader had a fanatical, loyal and powerful inner-circle that could not be bribed or influenced to turn in their leader and a large support base among the rank-and-file terrorists,” he explained. “As time went on, bin Laden lost some of that influence as the younger generation of Al Qaeda fighters vied for power. It took almost ten years to locate and kill him, it most likely won’t take that long in Baghdadi’s case.”

Some intelligence figures have also pointed in recent weeks to the lawless regions of Afghanistan’s Nuristan province, its mountainous range providing a cover next to impossible to be reached by much of the outside world.  One well-placed Raqqa activist said the last indications they had of Baghdadi was pegged to the border terrain between Iran and Iraq, but also concurred that Afghanistan would be a relatively easy passage to get to and remain undetected.

Raphael Gluck, founding partner of The JOS Project – a jihadist monitoring service online – pointed out that pro-Iran, pro-Syrian government media is infamously behind a lot of the murmurs about him being either killed or wounded.

“They seem to be playing some kind of mind game,” he said. “Either to demoralize ISIS, or it is an attempt to bait them into a response, which they would help them pinpoint where he is.”

On several occasions, Baghdadi has been reported to have been killed or gravely injured, only to later emerge in an audio recording to offer a proof-of-life and convey authority to his dwindling team of foot soldiers and ideological followers.

In August, ISIS released a purported 55-minute voice message from its leader confessing that while the group was losing ground, it was merely a test from Allah and that “glad tidings” will be given to those who “patiently persevere.”

The speaker, assumed to be Baghdadi, made reference to several recent events including then-escalating tensions between the U.S and Turkey and the newly-installed sanctions imposed by the U.S. It marked the first time he had been heard from in almost a year. In September 2017, Baghdadi urged his backers in an audio clip to wage attacks against the West and continue fighting in Iraq and Syria.

Baghdadi has only been seen in public once. In July 2014, he appeared in West Mosul’s historic al-Nuri Mosque to declare himself “the caliph.” ISIS itself bombed the mosque in the summer of 2017 before the area was retaken by Iraqi security forces in a bitter battle.

Al-Baghdadi last appeared at the Grand al-Nuri mosque in Mosul - shown here after fighting badly damaged it - to declare himself the so-called “caliph of ISIS.” (Hollie McKay/Fox News)

“There are three scenarios for what happens to ISIS after al-Baghdadi. The first is that they just collapse, the second is that they re-arrange again and chose another leader and the third is that they go back to joining Al Qaeda,” Hashimi said.

ISIS itself emerged from Al Qaeda in Iraq during the U.S invasion, over battles of ideology and governance, and took a foothold in neighboring Syria in the early years of the country’s civil war, which was ignited in 2011.