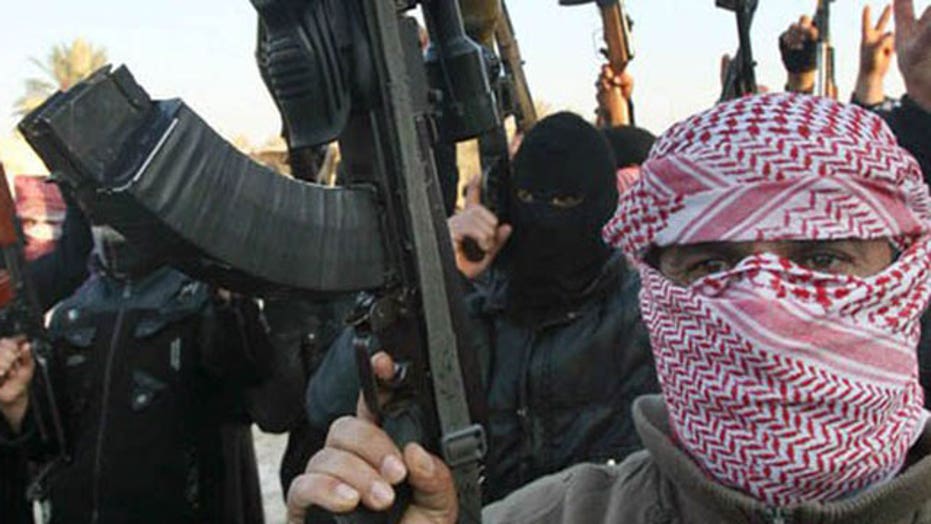 Steve Hayes and Tom Joscelyn weigh in on relationship

Iran continues to wreak havoc in the Middle East by allowing Al Qaeda to maintain a "facilitation base" within the Islamic Republic's borders, according to the U.S State Department’s annual Country Reports on Terrorism.

The report, released this week, reinforces assessments published in years past that not only does Iran enable Al Qaeda to conduct global operations from within its borders, but also remains "unwilling to bring to justice senior Al Qaeda members residing in Iran and has refused to publicly identify the members in its custody.”

On the surface, it would seem that Shia-dominant Iran would hardly have an incentive to partner with the Sunni-led Al Qaeda. But analysts are hardly surprised by the findings of the report.

“This has been known within the U.S. intelligence community for years. Although Iran and Al Qaeda are at odds in Syria and Yemen, the Iranian regime has allowed this 'core pipeline' to exist since well before Osama bin Laden's death,” said Tom Joscelyn, Senior Fellow at the Foundation for Defense of Democracies (FDD), and Senior Editor of the Long War Journal.

Using language similar to past State Department reports and statements, the Long War Journal noted the U.S once again charges that since 2009, Tehran has given access to Al Qaeda facilitators to “operate a core facilitation pipeline through Iran,” which then allows funds and fighters to spread to South Asia and Syria.

The UN also released a report in late July noting “Al Qaeda leaders in Iran have grown more prominent,” and were working to erode the jurisdiction of the Turkey-backed Sunni rebel group Hayat Tahir al Sham, which dominates in Syria’s Idlib province – the last remaining opposition enclave in the civil war-ravaged country.

For the past seven years, both the U.S Treasury and State departments have consistently slapped sanctions on Al Qaeda’s leadership, accused of hiding out in Iran as part of a once “secret deal” between the Iranian government and Al Qaeda. In July 2016, the U.S. Treasury named three senior al Qaeda members “located in Iran” with the purpose of “moving money and operatives” in acts of disruption across South Asia and the Middle East.

So how do both sides benefit from such a deal?

“It allows Al Qaeda to move personnel, funds and communications to and from South Asia. This 'core pipeline' connects Al Qaeda's senior leadership in Afghanistan and Pakistan with the organization's arms throughout the Middle East,” Joscelyn explained. “From Iran's perspective, it provides insurance against a possible al Qaeda attack inside Iran, as any attempt to attack would lead the Iranians to shut down the network.”

Since pulling the United States out of the controversial 2015 JCPOA, better known as the Iran Deal, President Donald Trump has widely accused Iran of “supporting terrorist proxies and militias such as al-Qaeda.” For years, the annual terrorism report has described Iran as “the foremost state sponsor of terrorism,” highlighting that “groups supported by Iran maintained their capability to threaten U.S. interests and allies.”

“It’s about money, security - and your enemy is my enemy situation,” said one U.S security and intelligence source. “The two don’t get along, but Al Qaeda needs the safe haven, and the Iranians get a cut of the smuggling and drug money. Been going on for years.”

According to the 9/11 Commission, Sudanese officials in the 1990s facilitated meetings between bin Laden – who was being protected in the African nation – and Iran. That alliance then allegedly turned into Tehran training terror members in tactics - on Iranian territory.

President Trump has vowed to stop Iran from spreading terrorism and sowing instability throughout the Middle East and Asia. (Fox News, File)

After the Taliban seized power in Afghanistan 1996 - and bin Laden relocated there - the Commission accused Iran of enabling terrorist transit, with Iranian border officials not stamping the passports of Al Qaeda terrorists moving through.

Despite such well-documented connections, other experts contend relations between Iran and Al Qaeda are far murkier.

“Iran’s relationship with AQ goes back to the 1990s, and has long been documented by researchers in and outside the U.S. government. But Iran and AQ both seeing each other very negatively,” maintained Ariane Tabatabai, associate political scientist at the RAND Corporation. “In a nutshell, the relationship is an ad hoc marriage of convenience, one that has allowed to Iran to essentially buy some good will from AQ leadership, which has helped deter attacks on the Iranian territory, population, and interests, while providing AQ with the means to move money and operatives across the region.”

A study released earlier this month by the Washington-based think-tank New America – based on an analysis of documents recovered from Usama bin Laden’s compound in 2011 – asserted there is next to no evidence Tehran and the terror group co-operated in executing attacks.

The report argues instead that Iran during this time was especially uncomfortable with Al Qaeda’s presence within its borders, and after the 2003 U.S.-led invasion of neighboring Iraq, took action in detaining its members, and forbade them from leaving the country.

So the current depth of relations between the two parties remains subject to debate.

“Iran had an evolving, tactical understanding with Al Qaeda, which it saw as the enemy of its enemies, but not a trusted ally. But Iran can be very ecumenical when it comes to terrorist groups,” said Jim Phillips, Senior Research Fellow for Middle Eastern Affairs at The Heritage Foundation.

“Although Iran and Al Qaeda see themselves as rival leaders of a global Islamist revolution, they share a set of common enemies: the United States, Israel, and Arab states such as Saudi Arabia, Egypt and Jordan. Iran undoubtedly saw al-Qaeda as a useful force for undermining Arab governments aligned with the United States.”