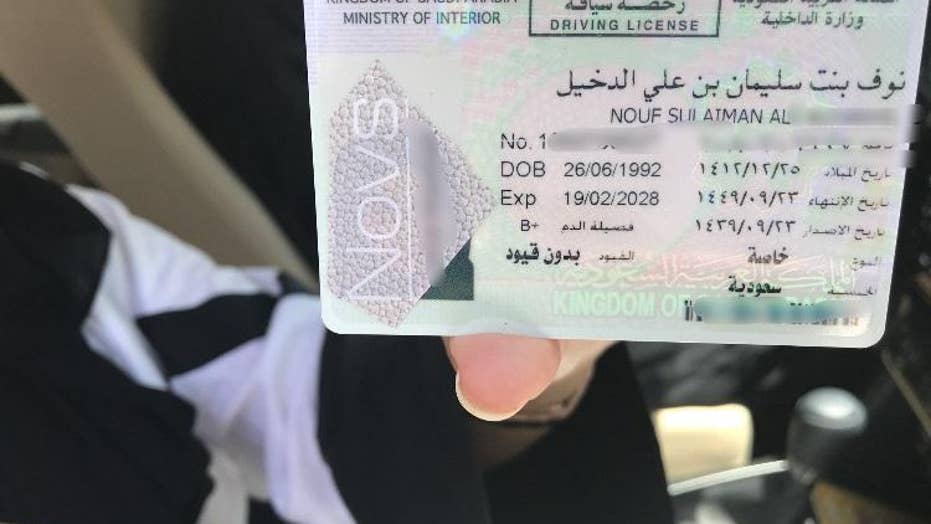 RIYADH, Saudi Arabia – Inside the official Saudi Driving School, there was a flurry of activity and excitement.

Dozens of women -- most are young, but with a smattering of middle-aged ladies mixed in -- scurried in and out of testing vehicles and into various crisp and polished lecture halls, all fearlessly determined to get driver's licenses at long last.

“It has been so crazy, we have had so many women for months trying to get licensed because they wanted to be able to be on the road at the strike of midnight on June 24,” Nitasha Sharma, a marketing specialist for the Emirates Driving Institute who was brought in from Dubai to oversee the program fundamentals, told Fox News.

After a historic royal decree was issued last September by King Salman, finally overturning the female driving ban, the Emirates Driving School quickly shored up contracts and started developing driver's ed programs for Saudi women in cities nationwide. By March, their online system was up and running for license registration for all females 18 and over.

Roughly 2,000 licenses have been issued so far. But more than 100,000 names have been registered -- creating a backlog that could take half a year to clear.

Applicants face an arduous process before they can get their permits. Among other things, they must attend eight classroom lectures to learn the road rules and key skills required to be behind the wheel. That's followed by a compulsory two hours of all-around simulation training, with lifelike car interiors and an array of scenarios unfolding on vivid screens.

“These courses are really important to take before getting out there on the road,” one of the simulation teachers, Sharouq, said.  “Some of the students have never even sat in a driver's seat and have no experience.”

Each student is then guided individually through various safety exhibits on everything from being propelled down an incline with a sudden jolt at the bottom to experiencing  a vehicle rollover.

“We want to make them safe drivers. This one here is a tire tread. A lot of accidents happen in the Middle East because of a tire burst so we explain how to maintain the safety of their tire,” Sharma said, pointing out the textures of the spinning tire. “And a lot of people move the head rest, but they don’t understand how that could impact your spine. So we have this machine to demonstrate how that could be fatal.”

The high-tech driving school is even equipped with a “Small Traffic Village,” which is both an educational tool for toddlers and a chance for moms to attend class while keeping their young occupied.

“The idea here is to teach children about road signs, red lights, not to disturb the family members in the car,” Sharma explained. “We give them a tiny test, give them a fake license and let them drive.”

The toy cars are glossy silver and enshrined with the “hybrid” label.

Meanwhile, after passing all the the written and simulation tests, the women relocate to another lot across campus, which caters to those ready for the practical side of driving. Around 300 white Toyotas shimmer there in the sweltering desert, and the campus roads are dotted with student drivers.

The women must complete a minimum of 10 two-hour, one-on-one driving sessions before they can take the final road test and secure a coveted white and green license card.

While the program is intense, and school stays open from 8 a.m. to 10 p.m., six days a week, Sharma says most complete all in about a month. The cost for each student (program leaders prefer “customer”) from registration to the actual license is 2,500 Riyals, around $650, with extra costs incurred for failed tests or missed classes.

The Emirates Driving School representatives, brought in from Dubai, are also offering a “train the trainer” curriculum, with the goal of ensuring that more than a thousand Saudi-based women will soon be self-sufficient in teaching without outside assistance.

No one is above the groundwork -- not even those belonging to the kingdom’s distinguished Royal Family. One young princess, who requested anonymity since the culture is still very much centered on females refraining from being photographed or publicly identified, arrived for only her second time in the driver's seat. She and her trainer, Nouf, studied the maps before heading off through the palm tree-lined university roads.

Then they switched places, and D, deep in concentration, enters “The Yard” -- a mazelike construct that semblances of a highway entrance, hill, figure-eight and a road gushed with water.  She executed all maneuvers like a pro, oversteering slightly onto the bumpy gravel only once.

It hasn’t taken long for talk about car shopping to become as commonplace for the women of this oil-rich Gulf state as talk of picking up shoes or abayas. One young driver talked casually of her weekend plans to visit the Mercedes-Benz dealership with girlfriends. Others said they favored something small and zippy for a first set of wheels -- maybe a convertible.

D has her heart set on a four-wheel drive.

“I feel like I would be more protected,” she explained nonchalantly, cruising through the streets slowly, cool and collected with just a touch of beginner jitters. “But my dad says he will give me the oldest car we have in the house.”

Trainers and trainees alike are quick to shoot down western murmurs that the driving prohibition reversal is more propaganda than pragmatism.

“Getting my license was for my comfort. I am strong, I can go anywhere. I’m a wife, a mother and a grandmother,” one deeply passionate classroom trainer, Nessren, quipped. “There is no longer a need to wait around for my husband to take me places; he is a busy man, too.”

And while spotting a female driver in the capital is still something of a rarity, most men will tell you they have seen it once or maybe twice since June 24. With each passing day, the number ticks upward.

“I think it’s a good thing because sometimes men here drive crazy and knowing there a now women on the road will make them more cautious and better drivers,” one young professional, Abdul, explained as he navigated the morning rush-hour web of narrow side streets.

Suddenly, he reversed without a glance over the shoulder -- a horn beeped -- but it was too late, and there was the sound of a crunching bumper.

An exasperated female driver raised her hands in the universal “what are you doing?” gesture. There were a few scratches, but the young female simply accepted the man’s profuse apology and continued on her way to work, no details exchanged between drivers.

“I’m lucky she was nice about it,” Abdul said, hopping back into his care with a smile of relief. “That was all my fault.”