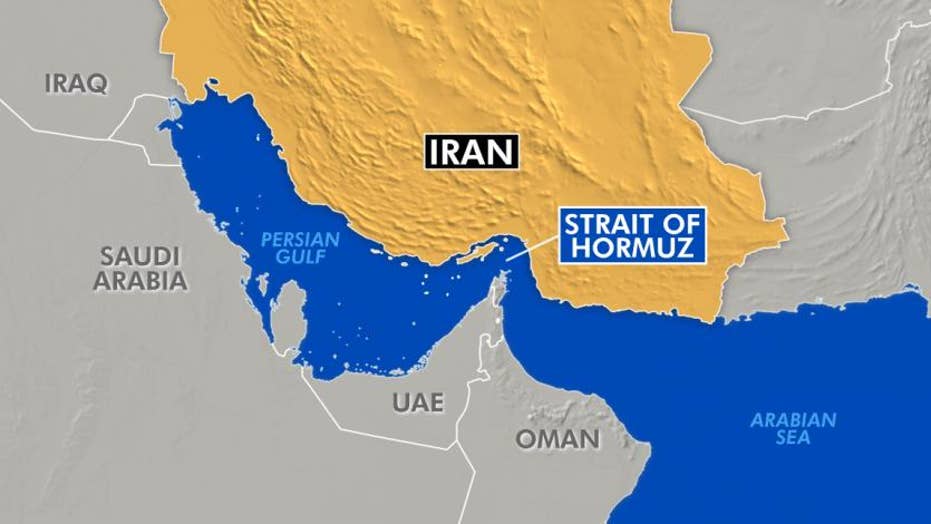 The tension between the U.S. and Iran has reached a new height resulting in the downing of a U.S. drone by Iran and a possible airstrike that was called off by President Trump at the last minute. Earlier this week, it was confirmed that Iran shot down a U.S. drone over international waters, though Iran claims the U.S. violated their airspace.

Iranian state television released images of what it claimed was a U.S. Navy RQ-4A Global Hawk drone it shot down with a surface-to-air missile.

With the U.S. pulling out of the Iran Nuclear deal combined with crippling sanctions, Iran has made several threats to disrupt the transport of oil through the shipping lanes in the Strait of Hormuz, prompting Trump to order more military assets to the region.

Here's what you need to know about the Strait of Hormuz and its major influence on the oil industry.

Where exactly is the Strait of Hormuz?

The Strait of Hormuz is a tiny strip of water located between the United Arab Emirates, Oman and Iran. It is the narrow mouth of the Persian Gulf.

What's it used for?

It is in the territorial waters of Iran and Oman, which at its narrowest point is just 21 miles wide — with shipping lanes about 2 miles wide in either direction. It flows into the Gulf of Oman, where ships can then travel to the rest of the world.

Why is it so important?

In this Jan. 19, 2012 file photo, a plane flies over the mountains in south of the Strait of Hormuz as the trading dhows and ships are docked on the Persian Gulf waters near the town of Khasab, in Oman. (The Associated Press)

It's essentially the gatekeeper to the world's biggest oil players.

Roughly one-fifth of the world’s crude oil is supplied by Gulf countries, which depend on unrestricted travel through the narrow strait, according to the Council on Foreign Relations.

Some Middle Eastern countries that travel through it on a daily basis such as the United Arab Emirates and Saudi Arabia — frustrated by the limitations — have reportedly attempted to find alternative routes. But the narrow passageway still controls the oil market.

There are several alternative oil pipeline routes to bypass the Strait of Hormuz, but not enough to make up for the amount of oil that transits the Strait.

According to the Energy Information Administration (EIA), there are three pipelines that could transport oil from Saudi Arabia and the United Arab Emirates that bypass the Strait: the East-West Pipeline, Abqaiq-Yanbu Natural Gas Liquids Pipeline from Saudi Arabia and the Abu Dhabi Crude Oil Pipeline from the United Arab Emirates.

The pipelines are also limited. The East-West Pipeline allows only 1.0 million bpd, while the Abu Dhabi Crude Oil Pipeline could take approximately 2.9 million bpd — a small fraction of the bpd that travel through the Strait of Hormuz on a regular basis.