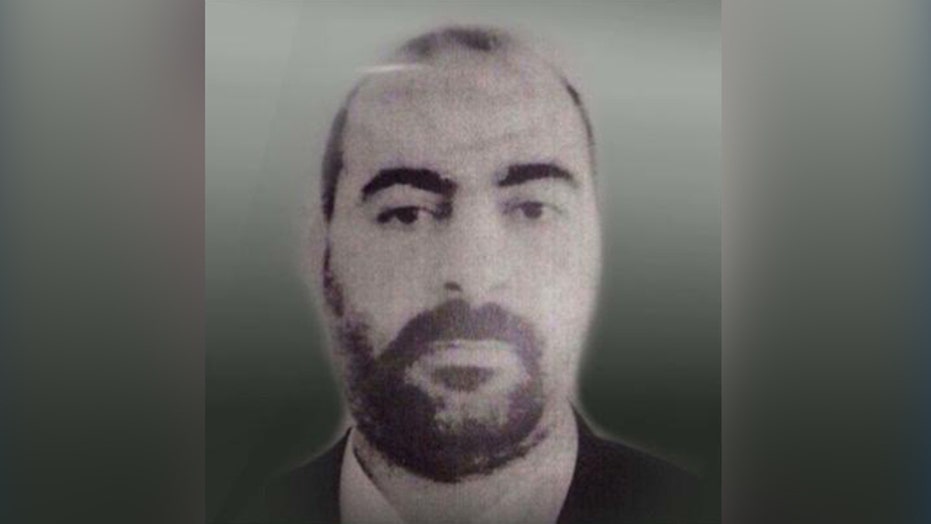 Who is Abu Bakr al-Baghdadi?

An Al Qaeda splinter group that has seized a huge chunk of northern Iraq reportedly commands as many as 10,000 fighters and uses everything from beheadings to terrify opponents to ice cream socials for children to curry favor with local populations under its control.

Its pursuit of an Islamic state that would straddle the two countries has thrown it into bloody conflict with both governments, Kurdish militias and Syrian rebels of all stripes. The group, known as the Islamic State of Iraq and the Levant (ISIS), has employed a calculated strategy to achieve its aims.

But it is the group's military prowess that has brought under its sway a swath of territory that stretches from the Syrian-Turkish frontier in the north down the Euphrates River all the way to the Iraqi city of Fallujah just 40 miles west of Baghdad.

This week, the group's fighters, many of them in fast-moving pickup trucks mounted with machine guns, captured Iraq's second-largest city, Mosul, before barreling south to take the city of Tikrit — two urban centers in the heartland of northern Iraq's oil industry.

The group has recently started paying $200 a month to each of its fighters to boost recruitment, according to the U.S. Army War College.

The Islamic State is the latest and most powerful incarnation of what began as an Al Qaeda affiliate in Iraq following the 2003 U.S.-led invasion. American forces spent years and enormous resources to bring the group largely to heel before U.S. troops pulled out of the country in December of 2011.

Since then, the region has been convulsed in political turmoil and sectarian hatreds. The Islamic State has seized on those Sunni-Shiite tensions to help whip up its Sunni extremist followers.

The group is led by an ambitious Iraqi militant known by his nom de guerre of Abu Bakr al-Baghdadi with a $10 million U.S. bounty on his head. After taking the reins in 2010, al-Baghdadi successfully transformed what had been an umbrella organization focused mainly on Iraq into a transnational military force.

The ISIS – under its former name of Al Qaeda in Iraq -- was classified as a terrorist organization by the U.S. State Department in 2004.

The Syrian uprising, which began in 2011 against President Bashar Assad, opened the door to his greater ambitions. Al-Baghdadi dispatched trusted militants to Syria to set up a group called the Nusra Front while he personally remained in Iraq, according to an audio recording later released by the Nusra Front's commander.

In the spring of 2013, al-Baghdadi's fighters moved from Iraq into northern and eastern Syria. He proclaimed that his group would lead the jihadi cause in both countries. Al-Baghdadi reportedly moved to Syria to manage affairs.

Initially, more moderate Syrian rebels welcomed the group's experienced fighters. But the Islamic State alienated many rebels and Syrian civilians alike with its brutality and attempts to impose its strict interpretation of Islam.

It also drew the ire of many opposition fighters by focusing not on the fight against Assad, but rather on restoring a medieval Islamic state, or caliphate, in Iraq and Greater Syria, also known as the Levant — traditional names that refer to a region stretching from southern Turkey to Egypt on the eastern Mediterranean. The group is also referred to sometimes as the Islamic State of Iraq and Syria.

Eventually, the Islamic State's presence in Syria proved so destabilizing that it fell out with its sister group, the Nusra Front. Their mutual patron at the time, Al Qaeda leader Ayman al-Zawahri, formally disavowed the Islamic State in February.

At the same time, other Syrian rebel factions were waging an offensive against the extremist group. Activists say that fighting, which is still going on, has killed more than 6,000 people.

But al-Baghdadi's refusal to bow won him the loyalty of many of the most hard-line fighters in Syria, particularly foreigners, and his group has proven resilient. It now controls much of northern and eastern Syria from its stronghold of Raqqa, and has routed the Iraqi security forces across the border as well.

The Islamic State commands between 7,000 and 10,000 fighters, according to U.S. intelligence officials who spoke on condition of anonymity because they weren't authorized to brief the media.

Aymenn al-Tamimi, an expert on militant factions in Syria and Iraq, also put the group's fighting force at about 10,000, including veteran jihadi fighters from Iraq, the Gulf, North Africa and Europe. The Islamic State also relies on thousands of supporters to provide the public services expected of a "state," he said.

The foreigners' roles vary. Some, including Germans and Frenchmen, have carried out suicide bombings. Others, however, hold leadership positions. One of the most prominent commanders in Syria is an imposing ethnic Chechen with a flowing red beard who goes by the name of Omar al-Shishani.

The Islamic State has crafted its tactics and message to best meet local considerations.

"In Iraq, they portray themselves as the protectors of the Sunni community," al-Tamimi said. "In Syria, they are much more open about their ideology and project."

In the Syrian city of Raqqa, their strict brand of Islamic law holds sway. Activists and residents say music has been banned, Christians have to pay an Islamic tax for protection and people are executed in the main square.

In the Iraqi city of Fallujah, however, residents say the group has so far taken a more moderate approach, choosing to overlook some practices it considers forbidden.

The makeup of its forces also varies to a degree. In Syria, foreigners play a larger role than in Iraq, where locals tend to dominate.

The group has been able to do this, in part, because of the simmering anger in Iraq's Sunni minority community toward Shiite Prime Minister Nouri al-Maliki. They accuse al-Maliki of treating them as second-class citizens.

Salman Shaikh, director of The Brookings Doha Center in Qatar, said the Islamic State has counted on an informal coalition in Iraq of former members of Saddam Hussein's Baath Party, tribal fighters and its own militants, "which is why this poses such a difficult challenge to Maliki and his U.S.-trained forces."

"As long as they're focused on Maliki and that goal rather than broader sort of Islamic goals or on taking on the local communities, they'll continue probably to thrive," Shaikh said. "If they start to lose the support of the local community, then they'll be in trouble."