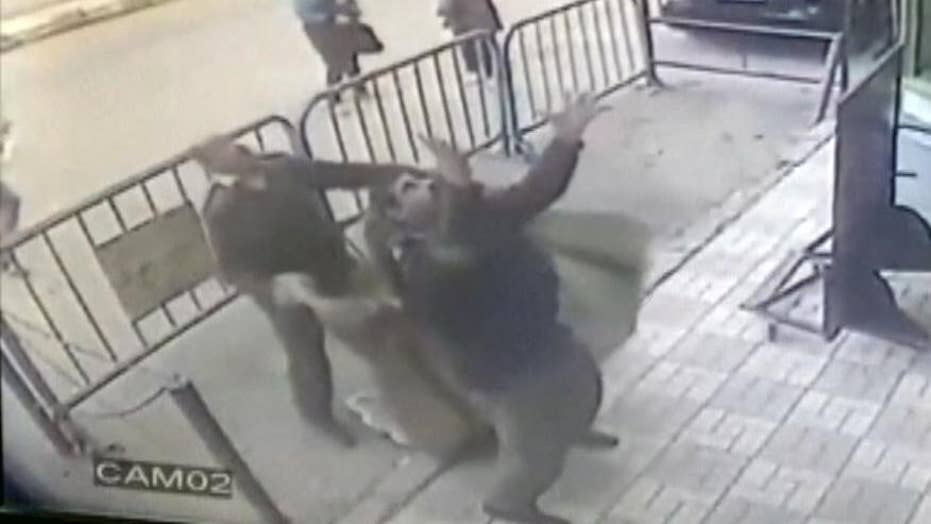 Dramatic rescue caught on tape: Three Egyptian police officers were in the right place at the right time to catch a child falling from three floors up.

Three Egyptian police officers on duty guarding a bank in the southern city of Assiut earlier this week jumped into action after they spotted a 5-year-old child holding on to the railing of a balcony on the building’s third floor, the country’s interior ministry said.

Surveillance video, released earlier this week by the Interior Ministry, showed the officers rushing under the child - catching him just as he fell to the ground.

One of the officers sustained bruises to his face and was transported to a nearby hospital for treatment. The child was uninjured in the fall, officials said.

The child’s mother told reporters that the officers worked together to protect her son. “Thank God he survived it safely, and we thank the security.”