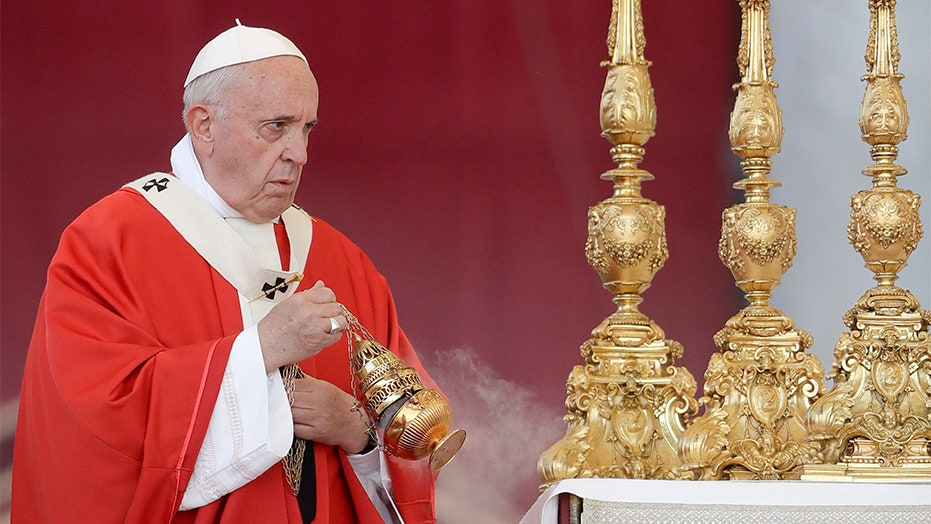 The Vatican is considering ordaining married men in the Amazon region to help counter a shortage of priests in a part of the world where some estimates say there are only one for every 10,000 Catholics.

The proposal intended for remote areas of the Amazon in South America emerged Monday in a working document released by the Vatican for an October meeting between the continent’s bishops.

“While affirming that celibacy is a gift for the Church, there have been requests that, for the most remote areas of the region, [the Church] studies the possibility of conferring priestly ordination on elderly men, preferably indigenous, respected and accepted members of their communities,” the document said, according to Reuters.

It added such men would be allowed to become priests in the Amazon region “even if they already have an established and stable family, in order to guarantee the sacraments that accompany and sustain Christian life.”

The idea of ordaining so-called "viri probati" — married men of proven virtue — has been around for decades to cope with priest shortages and a decline in religious vocations overall. But the concept has drawn fresh attention under Pope Francis, history's first Latin American pope and one who has a familiarity with the challenges facing the Amazon church.

The Oct. 6-27 meeting on the sacramental and environmental needs of the Amazon will draw bishops from Bolivia, Brazil, Colombia, Ecuador, French Guiana, Guyana, Peru, Suriname and Venezuela.

Brazil's bishops have long pushed for the church to consider the practice.

The celibacy question has been a mainstay in Catholic debate, given it is a discipline, not a doctrine, and therefore can change. The church has had the tradition since the 11th century, imposed in part to spare the church the financial burdens of providing for large families and to ensure that any assets of the priest would pass to the church, not his heirs.

JONATHAN MORRIS: MY DECISION TO LEAVE THE CATHOLIC PRIESTHOOD

Proponents of a relaxation of the rule say more men would consider a vocation to the priesthood if they could marry, painting it as a surefire fix to the decline in priests globally.

Opponents say relaxing the rule for the Amazon will certainly fuel calls for it to be relaxed elsewhere. Already, married men can be ordained in the Eastern rite Catholic Church and married men who convert from Protestant churches can be Catholic priests.

In addition to ordaining married men, the document called for the synod to identify "the type of official ministry that can be conferred on women."

It said women, who already play important roles in indigenous communities, must be guaranteed leadership roles. But it stopped short of recommending debate on whether women could be ordained as deacons.

One of the organizers, Monsignor Fabio Fabene, said the female diaconate was essentially off the table since Francis has recently determined the issue needs further discussion.

The Vatican's working document also acknowledged competition in the Amazon from Pentecostal churches, saying the Catholic Church must transition from being a church that merely visits vast regions to one that has a full-time presence with ministries, liturgies, sacraments and social services.

It called for a church that has a more indigenous face, with local songs, dance, costumes and the Bible translated into various languages. What is needed, it said, is to essentially recover aspects of the primitive Christian church.