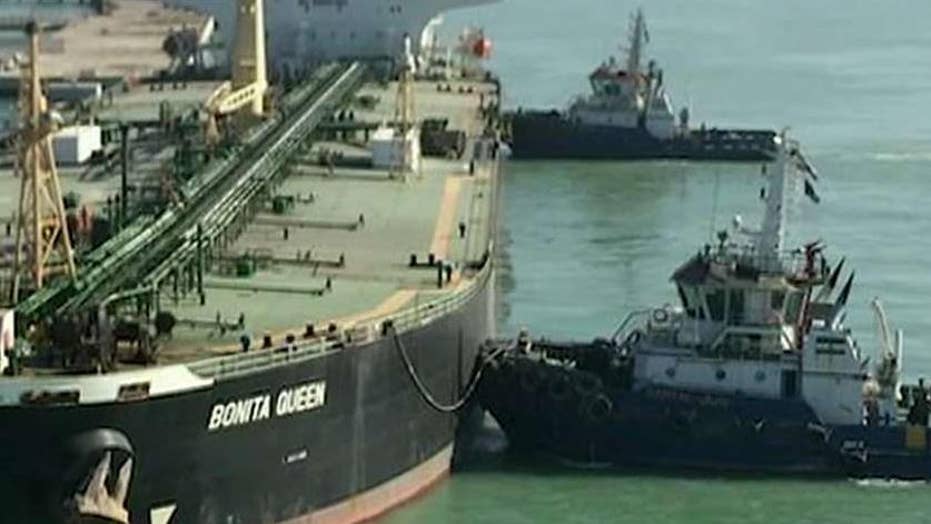 A tanker filled with Iranian oil was sanctioned by the U.S. Treasury on Wednesday after a Fox News report revealed it was violating American sanctions.

The Bonita Queen, along with a vast shipping network tied to Iran, was added to the Specially Designated Nationals list by the U.S. Office of Foreign Assets Control, or OFAC.

In August, the Bonita Queen loaded 600,000 barrels of crude oil, destined for Syria, near the Iranian coast at Kharg Island, Fox News reported based on information from Western intelligence sources. The vessel then set sail for Dubai and was de-flagged by the country of St. Kitts and Nevis, fearing retaliatory U.S. sanctions.

Sources said the ship planned to meet two Syrian-owned oil tankers in the Mediterranean later this year and conduct a ship-to-ship transfer of the cargo. One of the Syrian tankers first named by Fox, the Jasmine, was also sanctioned Wednesday.

In a March document released by OFAC, the Trump administration laid out the various deceptive shipping practices conducted by the Iranian al-Quds forces.

The new sanctions against the Iranian shipping network come less than a day before Iran is expected to violate a third term of the 2015 nuclear deal. Already this year, Iran has surpassed the uranium stockpile and enrichment levels laid out in the agreement.