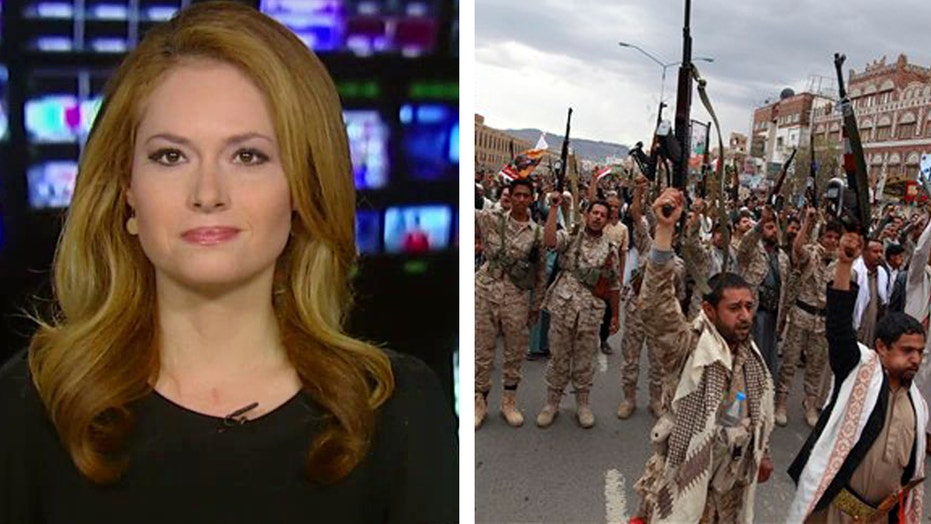 The U.S. military rescued two Saudi pilots Thursday when they ejected over the Gulf of Aden during combat operations against Houthi rebels in Yemen, the U.S. Central Command said.

The two airmen ejected from their F-15 and were rescued around 5:20 p.m. ET in international waters by a HH-60 helicopter, a U.S. defense official said Friday.

The mission was planned and executed by Air Force personnel recovery forces in Djibouti in cooperation with the Navy. The USS Sterett handled communication between the Air Force recovery forces who located the pilots--two HH-60 helicopters and an HC-130 air refueler--and the assets on the USS New York. Future recovery efforts likewise would almost certainly include both Navy and Air Force assets.

The Saudi ambassador in Washington, Adel al-Jubeir, said the U.S. has been "very supportive" of the operation politically and logistically. He said the kingdom is "very pleased" with the level of coordination with the U.S., which has established a joint planning cell with Saudi Arabia to coordinate U.S. and military and intelligence support.

Saudi Arabia bombed strongholds of the Shiite rebels for the second day Friday, seeking to knock out their air defenses before a possible ground invasion.