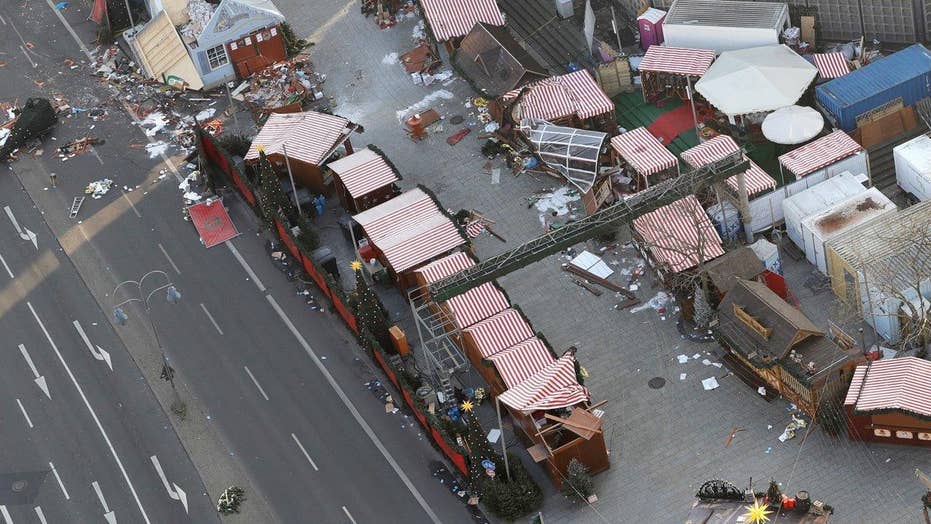 The Berlin terror suspect who repeatedly slipped through the fingers of German authorities was reportedly on the U.S. no-fly list months before Monday's deadly attack.

German officials on Thursday continued to hunt Anis Amri, who is considered armed and dangerous. A fingerprint in the cab of the truck used in Monday's attack was found on Thursday to belong to Amri.

Amri piqued the interest of U.S. officials after it was discovered he had researched the construction of explosive devices and communicated with ISIS leaders on at least one occasion via the group’s Telegram Messenger, officials told The New York Times.

But while the U.S quickly moved to keep Amri out of the country, Germany couldn’t get him to leave.

There were red flags galore surrounding the Tunisian-born Amri:

“This is the smoking gun to show that the vetting process has major gaps in it, that intel is not being shared, that information about ideological extremism is not being adequately considered,” said Ryan Mauro, a National Security Analyst for the Clarion Project. “It shows that ideology is not playing a strong enough role in the vetting process, even in Europe.”

The failure of German authorities to catch Amri before the ISIS-claimed attack mirrors their current struggle to capture the fugitive after the fact.

Amri wasn’t identified as the prime suspect until Wednesday, despite leaving a wallet with identification papers behind in the truck he used during the rampage. In the first two days after the attack, Germany detained and questioned two other people, but had to release both due to insufficient evidence.

But Sebastian Gorka, author of "Defeating Jihad," placed the blame on the liberal policies of the German government, which allowed an influx of nearly a million asylum-seekers into the country around the time Amri entered.

“The facts are, the red flags were there but the policies of Berlin were such that the individual was released. He wasn’t deported…That is a function of policy, not policing.”

Gorka said police were already fighting an uphill battle thanks to the country throwing open its borders to migrants.

“The politicians have endangered their fellow Germans, not the policemen," he said. "It’s easy to blame the operators, but the real responsibility lies with the politicians.”

Two Americans were victims of the Monday massacre, and one of the unidentified individuals remained hospitalized on Thursday, the U.S. Embassy told Fox News. An update was scheduled for later in the day.