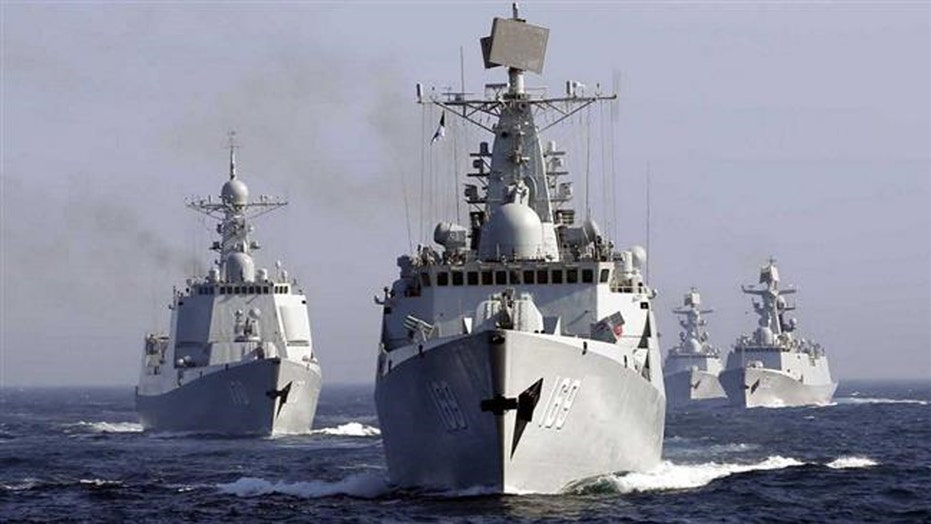 Is China edging toward a conflict with the US?

WASHINGTON – The United States said Monday that China's recent test of a newly completed runway on one of seven islands Beijing has constructed in the disputed South China Sea raises tensions and threatens regional stability.

State Department spokesman John Kirby reiterated a U.S. call for a halt to land reclamation and militarization of outposts in those waters, where China and five other Asian governments have competing territorial claims.

Tensions have risen in the last two years after China transformed disputed reefs in the Spratly Island chain into islands that rival claimants fear Beijing could use to project its military might far from the Chinese mainland and threaten their territories.

"To begin flight operations at this new airfield in a disputed area raises tensions and threatens regional stability," Kirby told reporters in Washington. He said claimants should instead focus on reaching agreement on acceptable behavior in disputed areas.

"We have made this case clear repeatedly, and we will continue to make it," he said.

Chinese Foreign Ministry spokeswoman Hua Chunying said Saturday that China deployed a "civil aircraft" on the island, which it calls Yongshu Jiao, to determine whether the new airfield in what she said was Chinese territory conformed to civil aviation standards.

The diplomatic tussle that China's action has sparked presages a continuation this year of tense exchanges, mainly among China, Vietnam and the Philippines, over long-disputed and potentially oil- or gas-rich offshore territories also claimed by Taiwan, Malaysia and Brunei.

The South China Sea has also become a growing source of tension between Washington and Beijing. While the United States is not a claimant state, it says it has a national interest in the peaceful settlement of disputes in the South China Sea and in freedom of navigation in waters that are critical for world trade.

In October, the U.S. deployed a guided missile destroyer near a different reef to challenge Beijing's claim of sovereignty in the waters around the artificial islands. China blasted the U.S. action and warned Washington not to repeat the maneuver.