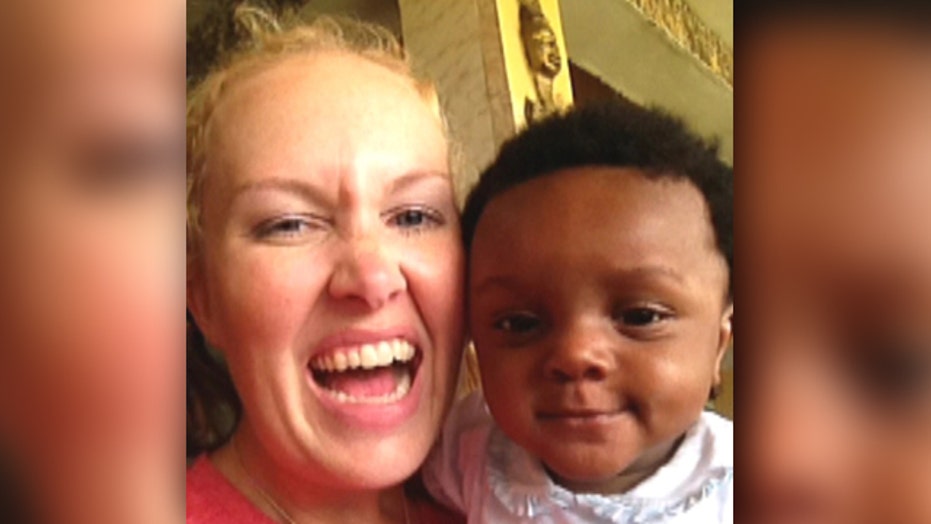 Hundreds of orphans in the Congo have loving homes and willing parents waiting in America, yet remain stuck in orphanages because the African nation's government suddenly put a freeze on adoptions that in many cases had already been approved and paid for.

An estimated 350 of the impoverished nation's orphans have already been legally adopted by American families -- approved by both the U.S. government and the courts in the central African nation -- but have been living in orphanages and foster homes since a decree last September denying exit visas for adopted children. Although the Congolese Immigration and Emigration office cited human trafficking as the basis for the decision, it has left children and parents ready to welcome them into their families in a heartbreaking holding pattern.

“He’s been legally part of the family since January,” Sherri Smetana, of Austin, Texas, told FoxNews.com of 16-month-old Henry, whose adoption has been finalized. “All we need is an exit visa.”

Smetana is heading to Africa in the coming weeks and intends to stay there until little Henry is allowed to come to the U.S. with her. She hopes the policy will be reversed, or at least to press for an exception to be made for Henry.

“I’m prepared to stay for a long time. I need to make sure he’s okay,” Smetana said, adding that her husband will stay behind to take care of their two biological daughters, twins Lily and Sophie. “This has gone on long enough. It has been very hard. We have been on an emotional roller coaster that we cannot just get off of.”

The Congo is not a signatory of The Hague Convention on the Protection of Children and Co-operation in Respect of Inter-Country Adoption, an international agreement to establish safeguards to ensure that adoptions across borders respect the best interests of the children.

Earlier this month, Secretary of State John Kerry met with Democratic Republic of the Congo President Joseph Kabila to urge him to lift the suspension of exit permits for Congolese adopted children.

"Secretary Kerry strongly emphasized our humanitarian concern for the children and families affected by the suspension, and urged that children whose adoptions were completed in Congolese courts should be allowed to obtain exit permits and join their adoptive families in the United States," said a statement from the department's office of Intercountry Adoption.

But Kabila did not make any promises to review cases, only telling Kerry the adoption process needs to be reformed, the statement said.

"The Department of State deeply regrets that families continue to face an indefinite wait for exit permits," it continued. "We will continue to stress to the DRC government our concern for Congolese adopted children who are not able to obtain exit permits and stress our commitment to addressing the Congolese concerns about intercountry adoptions."

Earlier, in April, the State Department invited a Congolese delegation to come to the U.S. to see homes the children were slated to be adopted into, but the delegation pulled out at the last minute without explanation.

Several families in the same predicament said they have been told by adoption agencies in recent months that the ban could soon be lifted. The Congolese government, set to convene on Sept. 15, has signaled that new adoption laws will be put in place and that the blanket ban on exit visas will be lifted. But frustrated American families are skeptical.

“I’ll believe it when I see it,” Heather Long, 31, of suburban Indianapolis, whose family was able to get 2-year-old Harper to the U.S. just days before the ban took effect, told FoxNews.com

Long has since been in the process of bringing Harper’s brother here to reunite the siblings.

“Everything about adoption in the [Congo] has grounded to a halt,” she said. “It’s frustrating to have part of your family’s heart on the other side of the ocean.

“It’s much more political than anything," she added. "Our children have been pawns.”

Michelle Martin, 41, of Bend, Ore., is trying to bring back her two adopted children, one with medical issues. Didi Ruth, who is believed to be between 5 and 7 years old, has a condition that leaves her arm immobile. While the condition could be treatable -- or at least manageable -- in the U.S., such a handicap could make life miserable for her.

“It’s a life sentence for her there. It’s likely why she was an orphan,” Martin told FoxNews.com.

Many of the children suffer from illnesses such HIV and malaria, as well as more easily treated conditions such as dehydration and malnutrition.

“We have children dying,” said Kelly Dempsey, general counsel for Both Ends Burning, an advocacy group assisting families with the adoption process. “They are all at risk because of the poor living conditions and lack of medical access.”

For now, American families have little choice but to wait -- and hope -- that they will soon be united with children who desperately need them..

“I certainly hope everything will work out, but everything is moving so slow,” Emily Wilson, of Ringwood, N.J., told FoxNews.com.

Wilson, 35, adopted 5-year-old Lyla just as the exit visa suspension was put into effect. Lyla has been in an orphanage since then at the expense of Wilson’s family, but that facility will be closed on Oct. 1.

“We’ve had to make a lot of sacrifices and obviously it has been worth it, but it has been very stressful,” she said. “The children are already American citizens. They are innocent children being used for political purposes.”