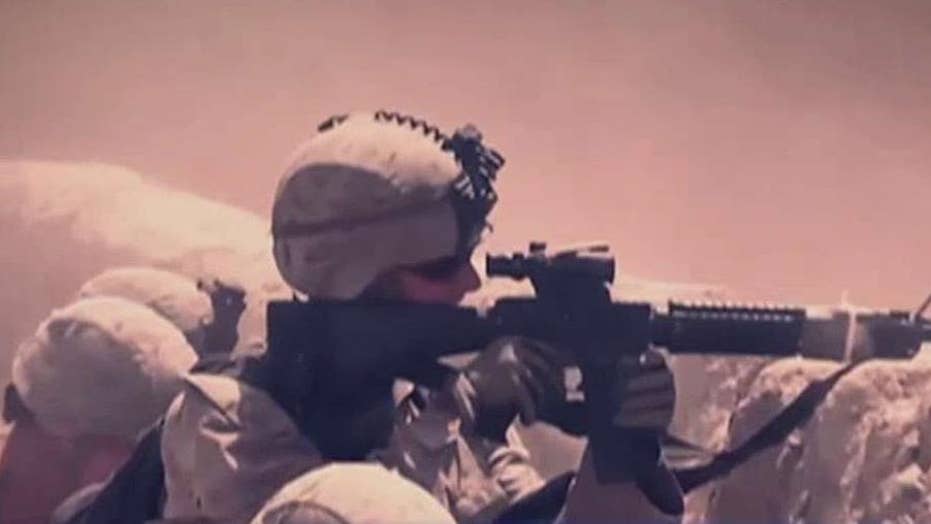 US contractors in Afghanistan voice concerns over safety

Fifteen years after the 9/11 attacks, the U.S. military continues to pursue the terrorist organization's top leaders in eastern Afghanistan, a senior U.S. military commander told reporters in the Pentagon Friday.

"We continue to hunt them every day. And so, there are senior leaders, as far as the numbers, I really don't want to get into matters that would affect future operations," Gen. John Nicholson, in charge of U.S. and coalition forces in Afghanistan, said. "We see [Al Qaeda] in the east, stretching... to Zabul, Paktika, Ghazni area in the Southeast and then up in the areas to the Northeast which you are familiar with, Kunar, Nuristan, Nangarhar, there's some very mountainous area which lends itself to a sanctuary."

Al Qaeda isn't the only militant group holding ground in Afghanistan. The Taliban control roughly 10 percent of the country while another 25 percent is contested between Afghan forces and insurgent groups.

Nicholson said he was concerned about "high casualties" the Afghan forces suffered against the Taliban in the past year, after they assumed a leading role fighting insurgent groups in that country. He called reports the Taliban had seized large portions of the country "exaggerated."

He said the Islamic State terror group's affiliate in eastern Afghanistan had been reduced to 1,200-1,300 fighters following the death of their leader in a U.S. airstrike. Nicholson said those operations would continue.

Asked about the connection between ISIS in Afghanistan and its parent organization in Syria, Nicholson admitted there were "linkages" beyond the name and described them in more detail.

"Leadership and strategic communications... we've seen some financial support and leadership and guidance going back and forth," between Afghanistan and Syria, he said.

Meantime, Afghanistan's government signed a draft peace deal on Thursday with a designated "global terrorist" after lengthy negotiations that could pave the way for a similar accord with the Taliban. The deal with warlord Gulbuddin Hekmatyar is the country's first peace agreement since the Taliban launched their insurgency in 2001.

It grants full political rights to his Hezb-i-Islami Gulbuddin party and obliges the Afghan authorities to work to have it removed from the United Nations' list of foreign terrorist organizations.

Hekmatyar himself was designated by the U.S. as a "global terrorist" in 2003. He was blacklisted at Washington's request by the U.N. the same year, and has similar status with the British government.