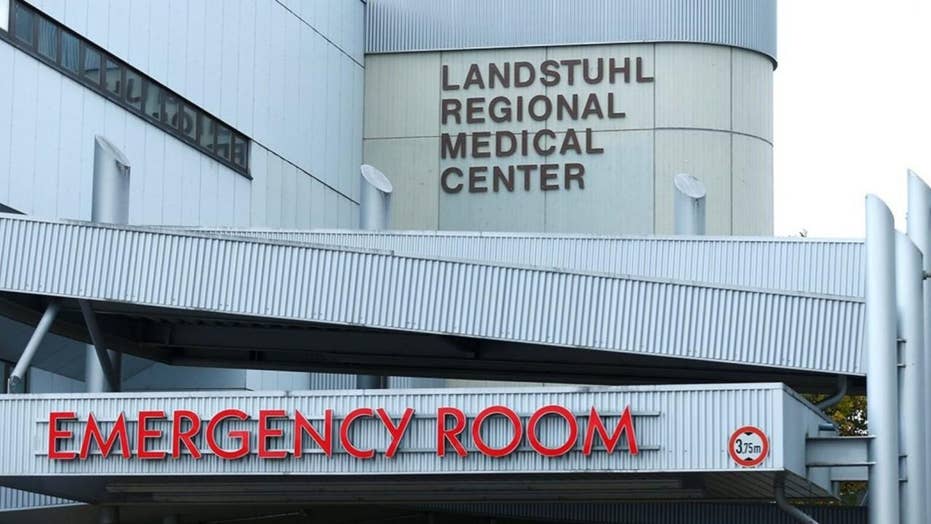 US Army employee in Germany says attack was not a ‘simple burglary’; stabbed robber who was strangling his wife

A civilian U.S. Army employee fought off a group of suspected robbers – killing one with a kitchen knife – during an attempted home invasion in Germany.

The civilian U.S. Army employee who fought off a group of suspected robbers – killing one with a kitchen knife – during an attempted home invasion in Germany said it was not a “simple burglary” as one man tackled his wife who was upstairs with their three children.

The American, who reached out to Fox News via Facebook messenger, said he answered his front door in Landstuhl on Sunday night to one individual, but as soon as he opened, three others appeared and “attacked me.”

“While I fought three in my entry, one got past and made it upstairs to where my wife and children were,” he said. “After I fought off the three, got them out of the door – that is when I got the kitchen knife and went upstairs to get the fourth attacker, who had tackled my wife and was strangling and pinning her down.

He did not want to be identified fearing possible recriminations from the attackers still on the loose.

US ARMY EMPLOYEE IN GERMANY FENDS OFF SUSPECTED BURGLARS WITH KITCHEN KNIFE, KILLS ONE

Police said Tuesday the homeowner – only identified as a 41-year-old American – stabbed one of the suspected burglars several times. The American and his wife suffered minor injuries, authorities said.

The robbers initially fled by car, but a short time later, a 43-year-old injured man was found lying on a sidewalk while his 51-year-old brother called for help. The younger man died, while the older was arrested by police.

Both were German citizens, said Zweibruecken prosecutor Iris Weingardt. Two other suspects are still being sought.

Police in Germany said an American Army civilian employee killed a suspected burglar who tried to break into his home. istock

The American is a former Air Force major whose family moved from Albuquerque, N.M. to Landstuhl, Germany only four months ago.

He told Stars and Stripes he was reading a bedtime story to his five-year-old son and three-year-old daughter when the doorbell rang.

“Stupidly, I opened the door. They all rushed me,” he said, adding that his wife was coming down the steps when she heard the commotion and started yelling.

“She is screaming bloody murder, she’s screaming ‘my baby, my baby,” he said. “The whole time I am swinging. I am pounding on anybody and everything that comes near me. I just fought like hell. I didn’t know how I got the three guys back out the door.”

Armed with a kitchen knife, the former major charged upstairs and they scuffled in the doorway of a room – “I think I got three stabs on him” – before the suspect ran down the stairs and out of the home.

He said their son noticed that one of the men had gotten past him and had grabbed his little sister and they hid under the bed.

“I am amazed he had that in him,” the father-of-three said. “We’ve never practiced what to do in a situation like this. He thought his mom was getting killed by bad guys.”

Prosecutors said he is being investigated for bodily harm leading to death, although authorities are considering whether he acted in self-defense.

In Germany, a conviction for causing death by bodily harm typically carries a prison term of no less than three years, Stars and Stripes reported.

Gino Mattorano, a spokesman for the U.S. Army's Regional Health Command Europe, where the American is employed, said it is fully cooperating with German investigators.

Landstuhl is home to many service personnel and civilian employees of nearby U.S. military bases.