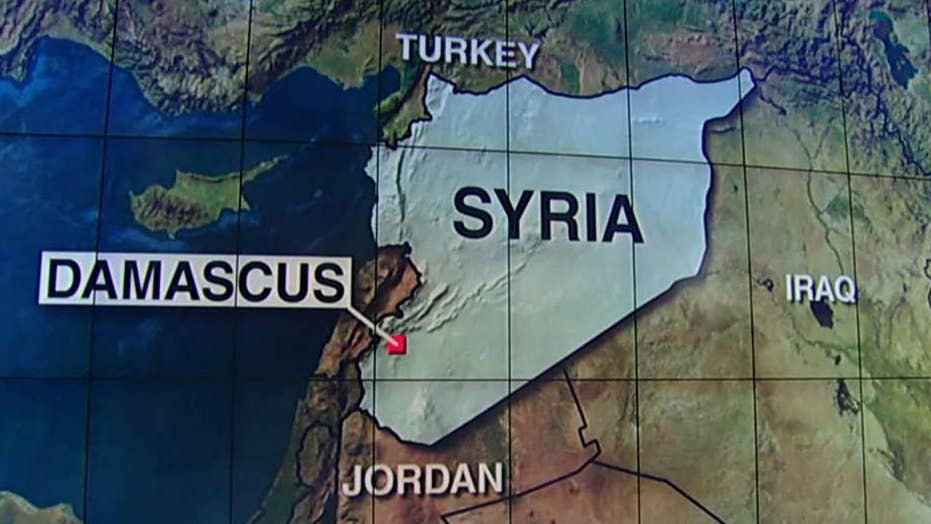 U.S. defense official say targets were in 'well-established deconfliction zone' in the south of Syria

The Syrian forces, in several vehicles including at least one tank, were near the Jordanian border and deemed a threat to coalition partners on the ground, a Pentagon official said. They were repeatedly ordered to stop their advance toward a de-escalation zone, but ignored the warning, officials said.

"The coalition commander assessed the threat and after shows of force didn't stop the regime forces and those forces refused to move out of the deconfliction zone, the commander on the ground called for the air strike as a matter of force protection," a senior U.S. defense official told Fox News.

Another military source told The Associated Press it appeared the Syrian forces were poised to attack an area that included U.S. advisers.

"They were building a fighting position" about 55 kilometers from a U.S.-coalition base close to At Tanf, where advisers train members of the Syrian Democratic Forces and Syrian Arab Coalition, the second official said.

"We're not increasing our role in the Syrian civil war but we will defend our troops, and that is a coalition element made up of more than just U.S. troops, and so we'll defend ourselves," Mattis said. "If people take aggressive steps against us, and that's been a going in, a policy of ours for a long time."

The U.S. and Russia, which is allied with the pro-Assad forces, have established buffer zones around their separate areas of operation to avoid collateral damage. Each side has agreed to notify the other if the deploy forces within the buffer zones.

In this case, an official told The Associated Press, Russia tried multiple times to contact the Syrian forces. It was at that point that U.S. and coalition jets escalated their warnings.

"We conducted a show of force. We conducted warning shots. All to no avail," the official said.

The American strikes were the first against Assad positions since the Pentagon rained 57 Tomahawk missiles on the Shayrat air base near Homs. But the strikes confirmed Thursday were believed to be the first targeting Syrian personnel.

The attack on forces does not reflect an escalation, the Pentagon official said.

"There is no change in policy," the official said.