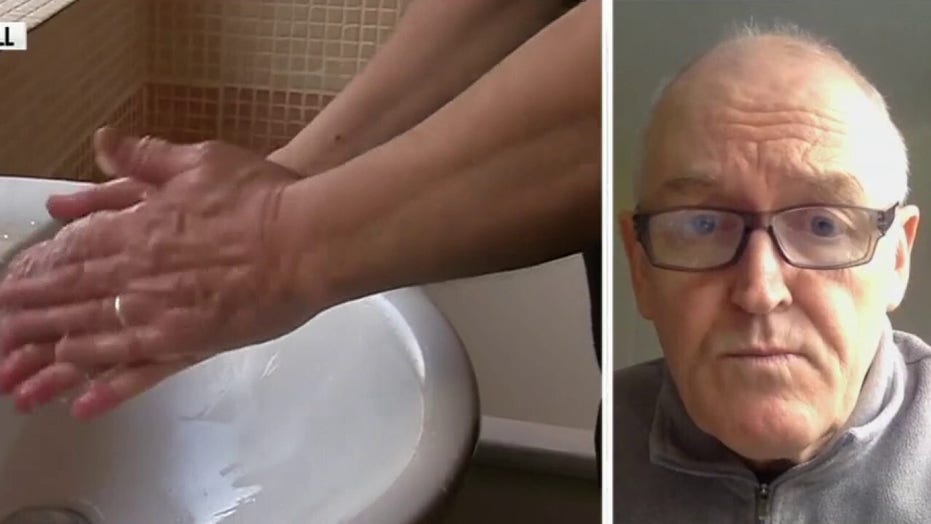 Comparing the threat of coronavirus to World War II, leaders of the United Kingdom on Sunday called for people to unite and endure hardship in fighting the pandemic.

In an article for The Telegraph, U.K. Health Minister Matt Hancock said the government intends to ask those 70 and older to self-isolate for up to four months. He said the plans have not been finalized but should be announced in a few weeks.

“Our generation has never been tested like this,” Hancock wrote in the article, addressing the nation. “Our grandparents were, during the Second World War, when our cities were bombed during the Blitz.”

The British press first used the term “The Blitz" to describe a German bombing campaign in 1940-41 that involved strikes against many industrial towns and cities, including London. The term was evoked to inspire a fighting spirit in wartime.

“Despite the pounding every night, the rationing, the loss of life, they pulled together in one gigantic national effort. Today our generation is facing its own test, fighting a very real and new disease. We must fight the disease to protect life,” Hancock added, according to Reuters.

Britain's Prime Minister Boris Johnson holds a news conference giving the government's response to the new COVID-19 coronavirus outbreak, at Downing Street in London, Thursday March 12, 2020. For most people, the new COVID-19 coronavirus can cause only mild or moderate symptoms, but for some it can cause more severe illness. (Simon Dawson/Pool via AP)

“We will be setting it out with more detail when it’s the right time to do so because we absolutely appreciate that that is a very big ask of the elderly and the vulnerable, and it’s for their own self-protection,” he wrote, addressing possible new measures for isolating the elderly.

As of Sunday morning, at least 21 people have died from coronavirus in the U.K., which has seen more than 1,100 confirmed cases.

The Trump administration announced Saturday it would be expanding the travel ban to and from Europe to also include the U.K. and Ireland amid the pandemic. It goes into effect Monday at midnight.

U.K. Prime Minister Boris Johnson is expected to ask manufacturers to ramp up production on ventilators, as well as call on private hospitals to prepare to accept coronavirus patients should public hospitals become overwhelmed, Reuters reported.

He is expected to address the nation in a press conference Sunday. This comes after Johnson received criticism last week for – compared to the rest of Europe – taking a slower approach to implementing social isolation measures and limiting public gatherings.

"People just want clear advice. The prime minister should be out there daily speaking to the nation and explaining why things are changing," shadow health secretary Jonathan Ashworth told Sky News.

In a press conference last Thursday, Johnson warned that many families would “lose loves ones before their time,” but provided little advice on how the elderly and vulnerable should protect themselves, according to The Guardian.

In the same press conference alongside Johnson and England’s chief medical officer, Chris Whitty, the government’s chief scientific adviser said banning large gatherings would do little to stem the spread of the virus.

The adviser, Sir Patrick Vallance, said people watching sports indoors at bars were more likely to spread the virus than those at outdoor stadiums, The Guardian reported.

A couple wears a face mask to protect against the Coronavirus outbreak as they visit Buckingham Palace in London, Saturday, March 14, 2020. For most people, the new coronavirus causes only mild or moderate symptoms, such as fever and cough. For some, especially older adults and people with existing health problems, it can cause more severe illness, including pneumonia.(AP Photo/Frank Augstein)

In an open letter published last week, 229 educators and researchers from UK universities criticized the government’s response to combatting coronavirus, arguing the current measures put the National Health Service under additional stress and "risk many more lives than necessary,” the BBC reported.

In response, Vallance and Witty said they will release computer models backing up their containment strategy to date. None of those who penned the critical letter were experts in the spread of infectious disease.