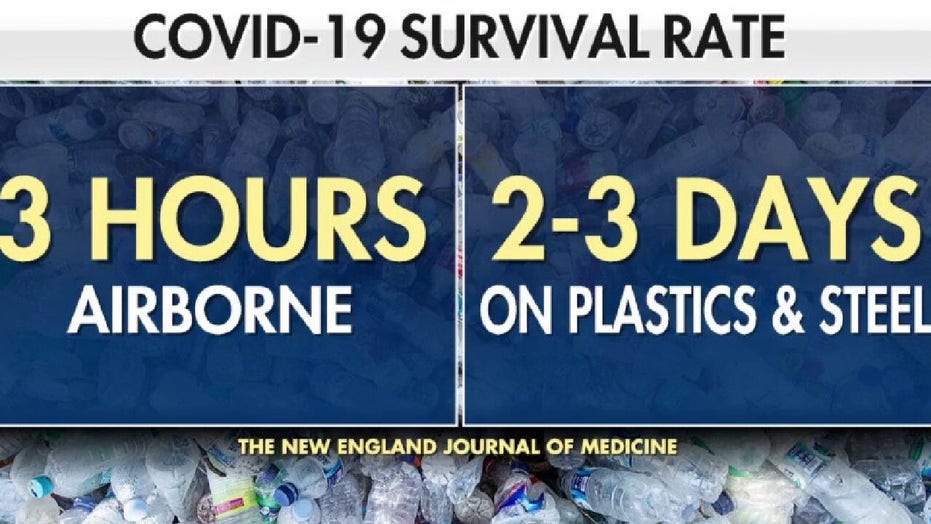 How long can coronavirus survive on certain surfaces, in the air?

A British health expert who has been meeting with Prime Minister Boris Johnson and his task force over how to combat the coronavirus revealed Wednesday that he thinks he may now have the illness.

Neil Ferguson, a professor at Imperial College London’s MRC Center for Global Infectious Disease Analysis, made the admission after being in the room with Johnson during a press conference Monday inside the prime minister’s residence at 10 Downing Street.

“Sigh. Developed a slight dry but persistent cough yesterday and self-isolated even though I felt fine,” he wrote on Twitter. “Then developed high fever at 4am today. There is a lot of COVID-19 in Westminster.”

Neil Ferguson, a professor at Imperial College London’s MRC Center for Global Infectious Disease Analysis, made the admission after being in the room with Boris Johnson during a press conference Monday.

Ferguson is one of the co-authors of a scientific paper published this week that inspired the British government to drastically change its course of action in handling the coronavirus outbreak, according to The Guardian. The paper warned of up to 260,000 deaths if Johnson’s government did not order stricter social distancing measures.

Ferguson said during an interview with BBC Radio 4 on Wednesday that he’s “been in so many meetings in the last few weeks, and a number of my colleagues from other universities who have been advising the government in those meetings have also developed symptoms.”

He went on to say that he potentially was infectious during the Monday press conference.

Britain's Prime Minister Boris Johnson holds a news conference giving the government's response to the COVID-19 coronavirus outbreak, at Downing Street in London, last Thursday. An adviser who has been in contact with Johnson now says he might have the virus. (AP)

“We think there’s infectiousness for about a day before symptoms, and I was actually at a Downing Street press conference that day,” Ferguson told the station, according to The Guardian. “I mean there is a slight risk I may have infected someone but that probably is quite slight.”

Ferguson later tweeted Wednesday afternoon that he is “doing OK,” but “feeling a bit grotty.”