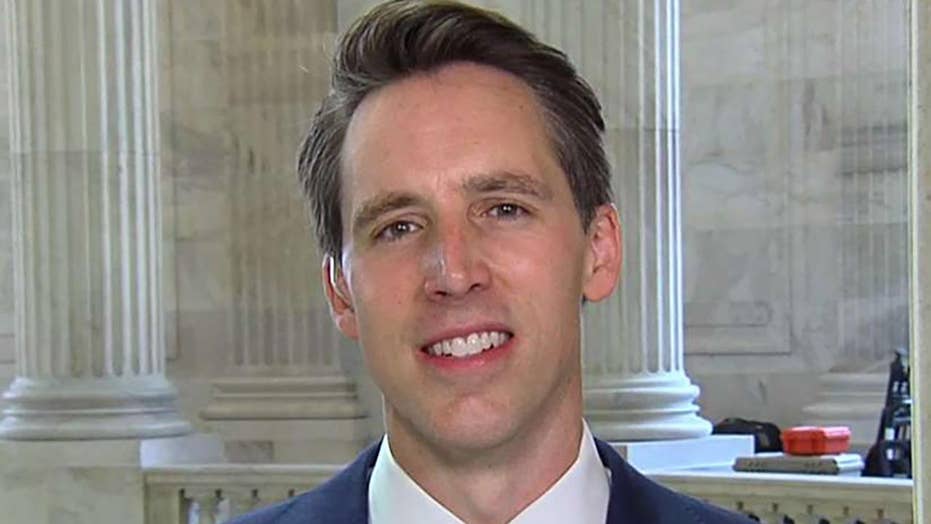 Hawley: It’s time we got tough on China

The U.S. Navy reportedly sailed a warship through the Taiwan Strait Wednesday just a day after Beijing said the United States is undermining global stability through “power politics.”

China said it would take all necessary military measures to defeat “separatists” in Taiwan.

The U.S. Navy identified the warship as the Antietam, according to Reuters.

CHINA: US AN ‘INITIATOR’ OF SECURITY CONCERNS, UNDERMINES GLOBAL SECURITY WITH 'POWER POLITICS'

“The transit through the Taiwan Strait demonstrates the U.S. commitment to a free and open Indo-Pacific,” Commander Clay Doss, a spokesman for the U.S. Navy’s Seventh Fleet, said in a statement. “The U.S. Navy will continue to fly, sail and operate anywhere international law allows.”

The U.S. and China are already embroiled in a tense trade war as Taiwan and other Pacific allies grow concerned about China’s growing military threat.

Earlier this month, the U.S. tentatively approved the sale of $2.2 billion in arms to Taiwan – a proposal that had prompted China to threaten sanctions against the U.S.

“Taiwan makes no compromise on its freedom, democracy and sovereignty,” Taiwan President Tsai Ing-wen said about the crossing, Reuters reported.