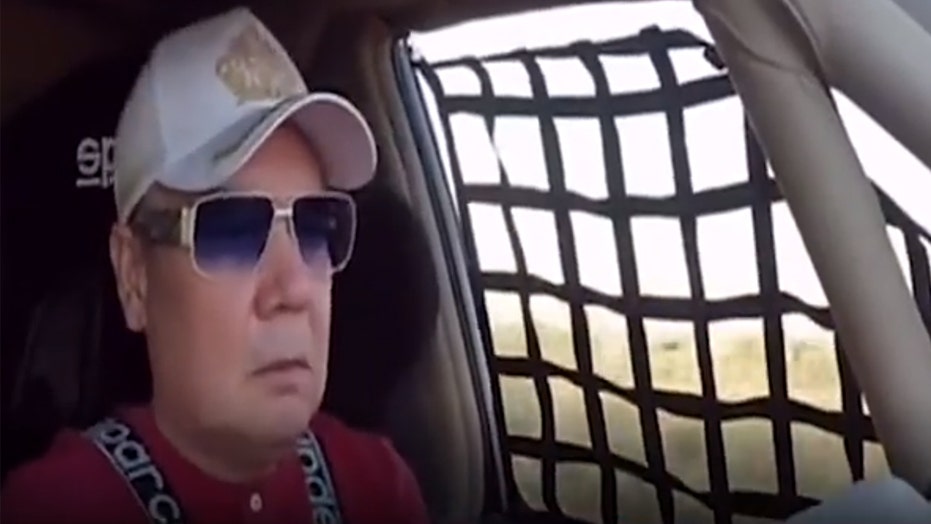 Turkmenistan’s president, who has not been seen in over a month sparking speculation of his health, re-emerged in a broadcast Sunday purportedly showing him behind the wheel of a rally car performing vehicular stunts around the country’s famed crater inferno, the “Gateway to Hell."

The footage, shown on state television, allegedly shows President Gurbanguly Berdymukhamedov streaking through the desert at high speeds and drove doughnuts around the 220-foot-wide fiery pit, spinning in the dust.

This latest broadcast follows online rumors of the 62-year-old's death after his month-long disappearance. His absence from the public resulted in speculation online that further theorized the leader’s deteriorating health, believing him to have died of liver failure, The Telegraph reported.

Amid the swirling rumors, Russian media falsely reported the news after businessmen in Turkmenistan confirmed Berdymukhamedov’s death to a Moscow radio station. They allegedly had “acquaintances in the security services,” French news agency Agence France-Presse reported.

In the 28-minute broadcast on Sunday, the footage also showed Berdymukhamedov riding a horse and bicycle, demonstrating weight-lifting in front of government ministers, and apparently shooting firing an assault rifle at a shooting range.

TURKMENISTAN: IRANIANS SHOT AT ON BORDER WERE DRUG SMUGGLERS

Gurbanguly Berdymukhamedov circled the so-called 'Gates of Hell' in a rally-car. (YouTube)

His action-packed antics portray him as a gamesome leader, however, critics have said the stunts only serve as distractions from issues such as hyperinflation and food shortages that plague his country, as seen in a June report by the London-based Foreign Policy Center.

Turkmenistan is considered one of the most confined countries in the world, “brutally” punishing religious and political expression, excluding foreign media outlets from the country, and authoritatively controlling all aspects of society.

The Human Rights Watch accuses Berdymukhamedov, also referred to as "Arkadag", or protector, of barring independent monitoring groups from entering his country since taking power in 2006.

Since part of the Soviet Union until 1991, the fossil-fuel-rich country maintains close relations with Russia.