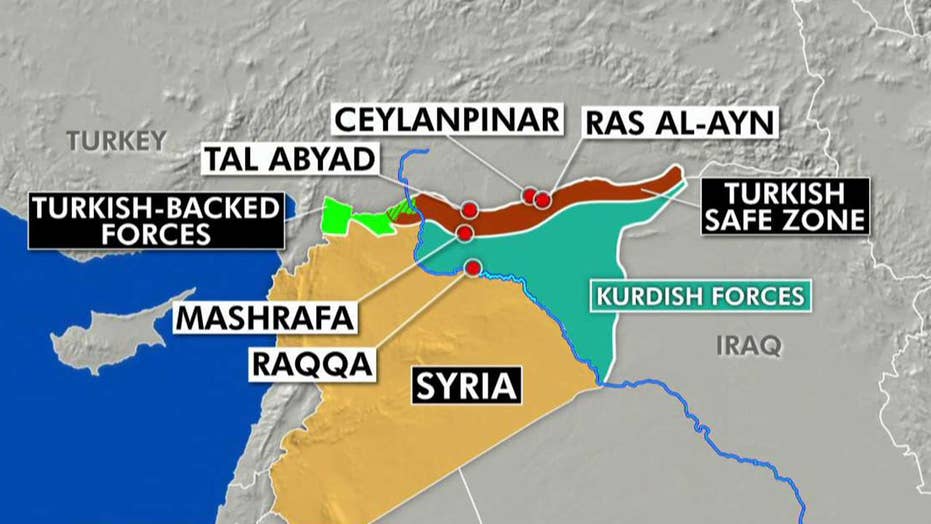 Turkey’s incursion into northeastern Syria this week has been met with international condemnation – but it’s also induced something of a schism between members of the North Atlantic Treaty Organization (NATO).

On Thursday, Norway’s Foreign Minister Ine Soreide announced in an email to AFP that, given the complexity and ever-changing nature of the situation, “as a precautionary measure” the foreign ministry “will not handle any new demands for exports of defense material or material for multiple uses to Turkey.”

“It is clear there is growing unease among some members regarding Turkey’s actions, and it is likely Norway’s move will be followed by other NATO members as well,” Nile Gardiner, the director of the Heritage Foundation's Margaret Thatcher Center, told Fox News. “Turkey is being put on notice over its military actions and will be held to account.” 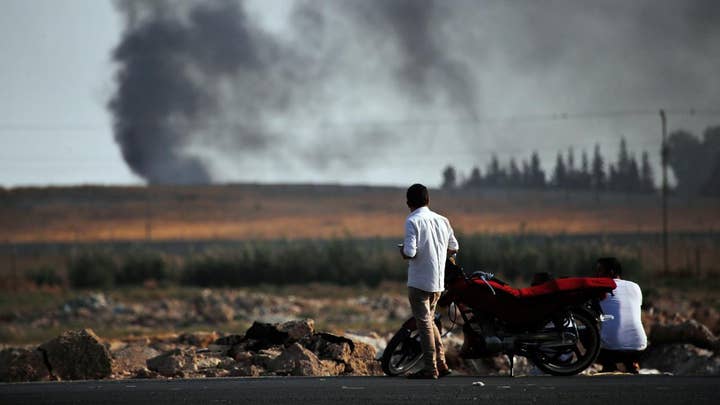 “Turkey may be a NATO ally, but they have consistently not acted like it – and there have to be consequences for that,” said Brad Bowman, the senior director for the Center on Military and Political Power at the Foundation for Defense of Democracies. “It is time to align policy toward Turkey with [President Recep Tayyip] Erdogan’s actual actions.”

Moreover, NATO Secretary-General Jens Stoltenberg told reporters Thursday he “counts on Turkey to show restraint and to ensure that their actions in northern Syria are measured and proportionate and avoid even more human suffering.”

“We have to remember that we need to continue to stand together in our common fight against the common enemy, which is ISIS,” he stressed. “We must preserve those gains.”

On Wednesday, in the immediate hours following Turkey’s announcement that its operation had begun, the prime minister of Finland – which is not yet part of the 29-member NATO cohesion – declared the country would “call attention to Turkey’s attack, its impact on refugees in the region and the humanitarian needs of Syria.”

“The government will not grant new arms export licenses to Turkey,” Prime Minister Antti Rinne said in a statement, “or other countries engaged in war.”

Still, it’s unclear what action the United States will take in response to Turkey’s cross-border assault, which is said to have killed more than 100 people in less than two days. In Gardiner’s view, the White House – despite President Trump’s earlier assertions that it would unleash economic fury on Ankara if it targeted the U.S.-backed Syrian Kurds – is likely going to sit for a few days and assess the situation.

“The president has sent a clear message to Turkey, and the U.S. clearly has an interest in avoiding conflict between Turkey and the Kurds,” Gardiner said. “ISIS, Russia and Iran all need to be kept at bay, and Turkey needs to be on the same page with it.”

A bipartisan Senate bill aimed at pausing U.S. military assistance to Turkey is expected to be introduced by Sens. Lindsey Graham, R-S.C., and Chris Van Hollen, D-Md., as early as next week when Congress returns from recess.

The measure would seek to sanction Erdogan and other top officials.

Turkey has viewed the Kurdish-led Syrian Democratic Forces (SDF) as being tightly allied to the PKK, a designated terrorist organization, and a separatist movement that has long waged war with Ankara in the rugged hills of the Turkish state. However, the U.S. – despite its NATO partnership with Turkey – backed and installed the SDF as the primary ground force to root out ISIS from the swaths of Syria that it overtook.

The White House suddenly announced this past Sunday night that U.S. troops were withdrawing from their posts in northern Syria, and analysts quickly warned an escalation between Turkey and the SDF would create a chaotic void which adverse actors could exploit further.

Meanwhile, concerns over the humanitarian crisis on the ground continued to unfold.

According to Robin Fleming, a researcher at the Rojava Information Center, scores of civilians have escaped most of the border towns. Cars have been clogging the roads “with nowhere to go.”

“(Turkey) is targeting military bases and civilian areas, they are trying to create an atmosphere of fear,” she said Thursday afternoon, against a backdrop of bombs and shells blistering the night sky.

However, Fleming also stressed that those on the ground welcomed Norway’s decision not to export arms and were hopeful others in the international community will follow in their footsteps.

“If more countries take that stance, apply sanctions or even just make a public declaration that they don’t support (Turkish incursion), it could have a big effect,” she added.