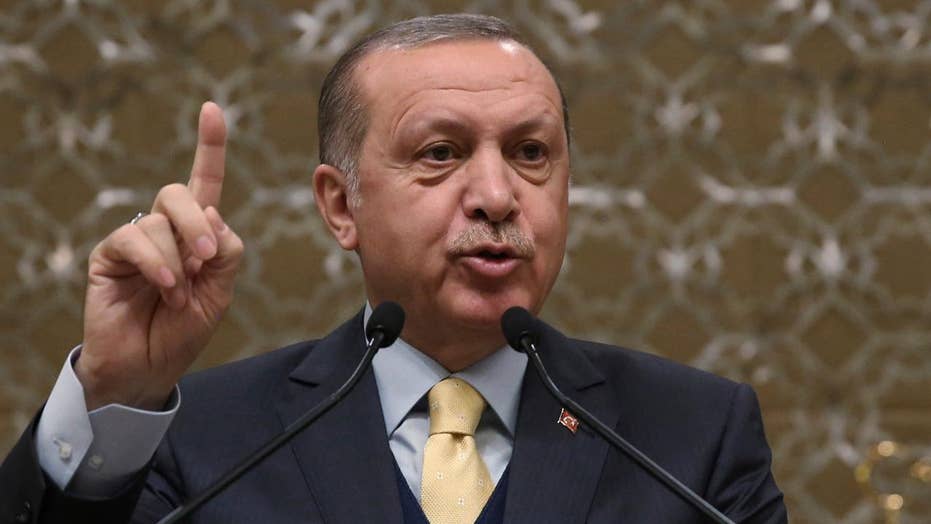 ANKARA, Turkey – Turkish officials are disputing a White House readout of U.S. President Donald Trump's phone call with Turkey's Recep Tayyip Erdogan saying it does not "accurately reflect" the content of their discussions.

The officials said Thursday that contrary to a White House statement, Trump did not voice "concerns (about) escalating violence" over Turkey's cross-border operation against the Kurdish enclave of Afrin in northern Syria.

The officials said Trump did not use the phrase "destructive and false rhetoric coming from Turkey" in reference to anti-U.S. statements by Turkish government officials.

They also said that during Wednesday's call, Trump assured Turkey that the U.S. would no longer supply Syrian Kurdish militia with weapons. Turkey considers the group as "terrorists."

The officials provided the information on condition of anonymity in line with government rules.