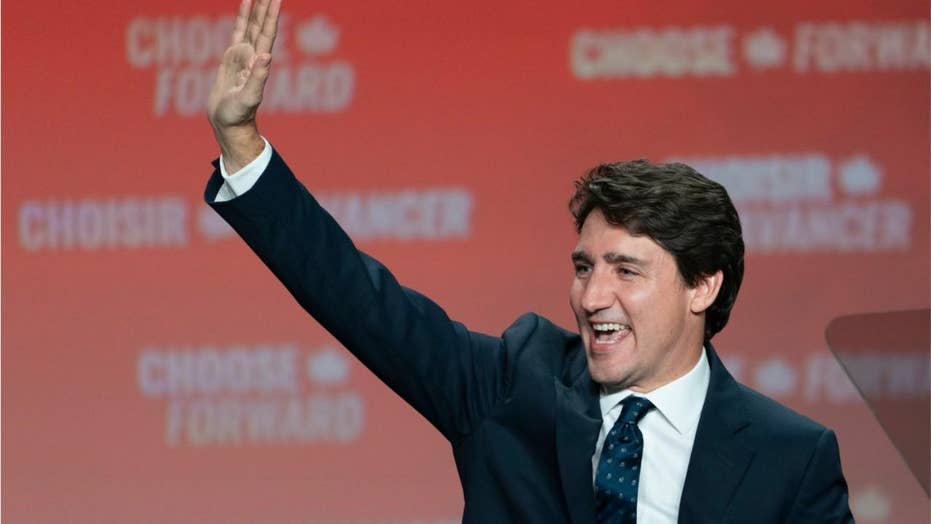 Justin Trudeau has been elected Canada’s Prime Minister. However, his party has lost the majority in the House of Commons. His conservative rival, Andrew Scheer, is now putting Canadian Liberals put 'on notice.'

The Conservative candidate defeated by Justin Trudeau Monday warned that although the prime minister managed to secure a second term, he has effectively been placed on notice after losing control of the majority following nail-biting Parliamentary elections in Canada.

Trudeau defeated Andrew Scheer and won a second term as prime minister in Canada's national elections Monday, delivering unexpectedly strong results despite having been weakened by a series of scandals that tarnished his image as a liberal icon.

Scheer said when Trudeau first won in 2015 he looked unstoppable, but he said the times have changed. Trudeau will likely rely on Conservatives to push through legislation.

"Tonight Conservatives have put Justin Trudeau on notice," Scheer said. "And Mr. Trudeau when your government falls, Conservatives will be ready and we will win."

Trudeau reasserted the country's liberal identity in 2015 after almost 10 years of Conservative rule and has been viewed as a beacon of hope for liberals in the Trump era. Scheer declared Tuesday that Conservatives are ready to pounce in the next elections.

Polls showed Scheer had a chance for victory after a combination of scandals and high expectations damaged Trudeau's prospects. Trudeau faced an uphill electoral battle after old photos of him in blackface and brownface surfaced last month, casting doubt on his judgment.

The handsome son of liberal icon and late Prime Minister Pierre Trudeau also was hurt by a scandal that erupted earlier this year, when his former attorney general said he pressured her to halt the prosecution of a Quebec company. Trudeau has said he was standing up for jobs, but enough damage was done to give the Conservatives an opening.

"Andrew is what I call a severely normal Canadian," Jason Kenney, Alberta's conservative premier and the godfather of one of Scheer's five kids, told The Associated Press. "His personality is the opposite of Justin's. Andrew is not at home naturally preening for the cameras."

In the words of Canada's former Conservative foreign minister, John Baird: "He's not the sizzle, he's the steak."

"Congratulations to @JustinTrudeau on a wonderful and hard fought victory. Canada is well served. I look forward to working with you toward the betterment of both of our countries!" Trump tweeted after midnight.

Trudeau was championed for securing the United States-Mexico-Canada Agreement (USMCA), which was perhaps his most noteworthy accomplishment during his first term as prime minister. Canada relies on the U.S. for 75 percent of its exports.