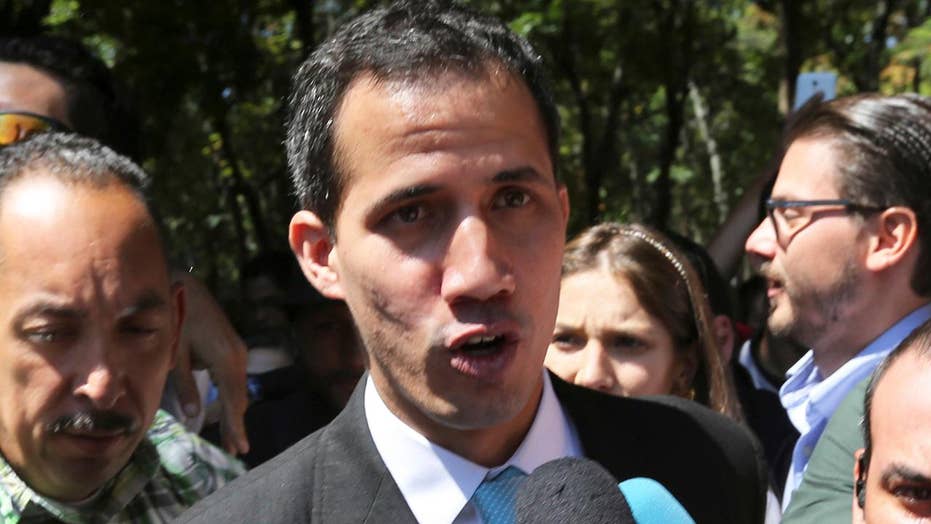 Guaido ready to launch a challenge against Venezuela's military

A video disavowing Maduro’s rule circulated across social media on Twitter on Saturday, just as Venezuelans hit the streets across the country in support of Guaido, who declared himself the country’s temporary leader weeks ago.

In response, the high command accused the general of treason on its Twitter account. Yanez is the first high-ranking general to publicly support the opposition leader.

The general’s defection signals a shifting view towards the socialist government that is struggling to maintain support among the people amid economic hardship and repression of social liberties and instead have to rely on brute force to assert its legitimacy.

Guaido revealed on Wednesday that he has held “clandestine meetings” with military officials in an effort to win their support against Maduro.

He stressed in a New York Times op-ed that in order to secure a successful transition of power, the military must withdraw its support for the regime.

“The military’s withdrawal of support from Mr. Maduro is crucial to enabling a change in government, and the majority of those in service agree that the country’s recent travails are untenable,” he wrote.

Guaido has been recognized by President Trump from the onset of the political crisis in Venezuela. But the new interim head-of-state is still scrambling to secure a domestic and international collation against Maduro.

He recently reached out to Maduro’s two closest backers – Russia and China – in a bid to convince them to stop backing the regime.

He told them their interests would be served better if they switched sides and begin backing him. Both foreign countries provide not only diplomatic but also financial support, even though the socialist economy is unlikely to pay back the debts.

“What most suits Russia and China is the country’s stability and a change of government,” Guaido told Reuters. “Maduro does not protect Venezuela, he doesn’t protect anyone’s investments, and he is not a good deal for those countries.”

Venezuela's President Nicolas Maduro attended a rally in support of the government on Saturday, Feb. 2, 2019. (Reuters)

On Saturday in a speeh to his supporters, Maduro proposed holding early elections for the National Assembly as he seeks to outmaneuver a renewed opposition that is trying to use its control of the legislature to challenge his rule. He said it would be up to the pro-government constitutional assembly to decide whether or not to back his proposal. Elections for the opposition-controlled National Assembly isn't supposed to take place again until 2020.