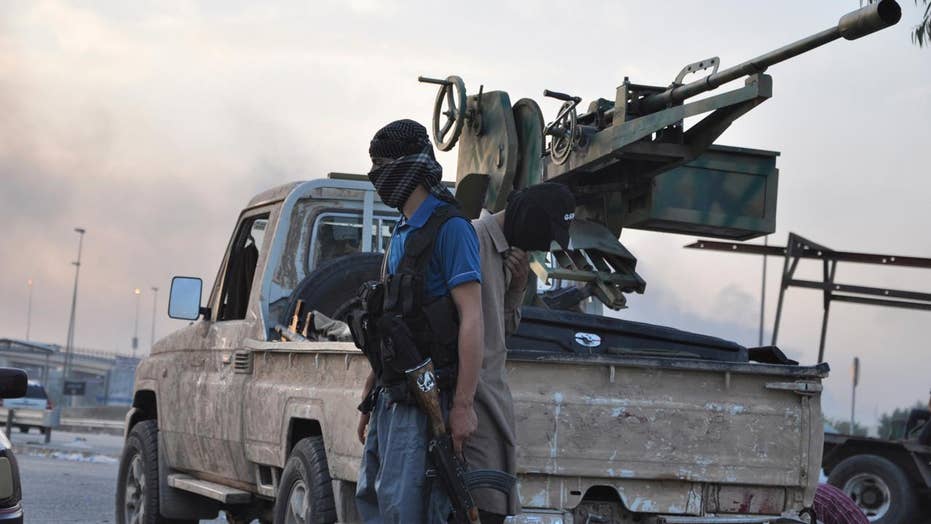 We offer our readership a summary update on the Iraqi Military Coalition’s (IMC) nearly 11-week offensive operation to reclaim the city of Mosul, Iraq, from the Islamic State’s radical fighters. The IMC’s assault on ISIS into the eastern side of Mosul began on October 17, 2016. As reported by several media sources, it was restarted on December 29 after a month-long IMC “operational pause.”

As previously reported, the IMC has approximately 80,000 troops encircling Mosul that are fighting against approximately 8,000 entrenched ISIS radical Islamic terrorists. By various media accounts, 500,000+ Mosul civilians (largely of the Sunni Muslim sect) are trapped inside Mosul as “slave labor and human shields” for the ISIS terrorists.

The US military contribution to the IMC numbers about 6,000 troops. The US contingent, with an “advise and assist” mission, is called Operation Inherent Resolve (OIR). Lt. General Stephen Townsend commands OIR. An additional 550 US Special Operations Forces are operating in ISIS-held territory in the neighboring country of Syria.

Currently, the US forces operating in Iraq and Syria have suffered just three KIAs (killed in action). The IMC doesn’t publicly report its casualties; however, independent on-the-ground United Nations officials calculate that the IMC has suffered just over 2,000 KIA.

During this IMC operational pause, Iraqi Prime Minister Abadi and US Defense Secretary Ash Carter traveled to the front lines of the fight for Mosul to meet with the IMC generals. Apparently, the discussion involved options for the IMC to markedly increase their slow progress in gaining control of Mosul from ISIS. Other key considerations are to reduce significant IMC casualties and to drastically reduce the effectiveness of ISIS’ deadly asymmetric tactics.

It appears, from multiple media reports and the West Point Counter-Terrorism Center, that the IMC is now employing a much more aggressive approach with pre-assault artillery bombardments prior to IMC’s tactical attacks. This aggressive fire support is a calculated risk for the IMC considering the heavy presence of Mosul civilians in and near the combat areas.

This article will focus on the macro-view of strategic and operational levels of the psychological dimensions of the Mosul fight. OpsLens will provide more details and a deeper tactical analysis—on both the ISIS and IMC sides—in the coming days.

IMC’s dilemma in balancing its assaulting forces’ casualties versus the civilians’ casualties is a tough decision. ISIS will probably continue its use of Mosul civilians as human shields. As IMC employs much more fire support to its leading units entering Mosul, this will likely result in higher ISIS and civilian casualties. Higher civilian casualties will yield much more intensified scrutiny from international observers and the media. Although the decision may appear to be uncaring toward the Mosul civilians, it is understandable from a “strategic mission perspective.”

When analyzing this IMC decision from the macro-view, several positive factors and trade-offs are evident: the overall positive impact of recapturing Mosul vis-à-vis the mission to defeat the brutal ISIS organization, degrading the prestige and recruiting successes of ISIS by defeating ISIS in Mosul, freeing the Mosul residents from oppression and slavery, and stopping the massive genocide of Christians, Yazidis, and other minority religions and their respective religious artifacts, among others.

The IMC, now fully engaged in the Mosul fight against ISIS, has no option except winning. Recapturing Mosul would be a major strategic defeat for ISIS. If the IMC loses this Mosul battle (or it ends in a stalemate), that would be an even bigger psychological defeat for the IMC. A defeat for the IMC has enormous negative consequences for the overarching anti-ISIS global coalition-building, and flowing from that, the ultimate defeat of ISIS.

The major task for the IMC is to be bolder and more aggressive in attacking ISIS in Mosul while keeping civilian casualties relatively low. This balancing aspect of the aggressive fight is pivotal to overall success. And ISIS will complicate this IMC balancing act with hostile and false propaganda to undermine the IMC’s credibility and will to fight.