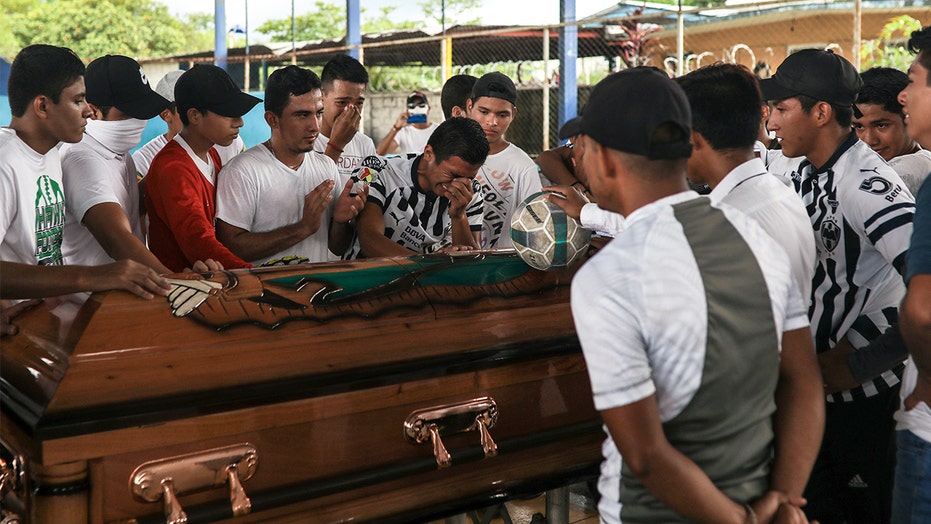 Soccer teammates of a 16-year-old Mexican-American boy shot dead by local police in southern Mexico devised a way for the youth to score one more goal after he was placed in his coffin.

A short video of the tribute to Alexander Martínez Gómez, who had spent years of his short life on both sides of the U.S.-Mexico border, has been viewed more than 3.7 million times on Twitter.

His friends mobbed his wooden coffin this week after kicking a ball off it and bouncing it into the goal so he could score one final time, Reuters reported.

Before his funeral, they set up the casket and the goal on a plaza pitch where he used to play.

Alexander was shot in the head by a police officer Tuesday night in an incident still under investigation. Born in North Carolina, he had been living with his mother in Acatlan de Perez Figueroa, a town in southern Oaxaca state.

“We came in a caravan from town, with the support of all the people, who told us to keep going,” said Teodoro Martínez, the boy's father. “We are not going to give them much time to get to the bottom of this.”

Martinez flew from North Carolina without a visa to attend his son's funeral, and now fears he may be able to return.

Alexander and another youth who was wounded were in a group of about nine young people when the shooting happened, the Associated Press reported.

Reached by phone Thursday, a local police officer who would identify himself only as the “commander” said that the teens on motorcycles failed to stop at a checkpoint.

Oaxaca state prosecutor Ruben Vasconcelos said Thursday that “the police talk about it being an accident ... but we don’t believe that.” He said he expected the officer in custody to be taken before a judge on murder charges.