The World Health Organization is under fire after Taiwan released the contents of a December email inquiring about the person-to-person spread of COVID-19, which it says was ignored by the organization and further denied to provide adequate information about how to fight the virus.

Taiwan is accusing WHO of downplaying the severity and spread of the coronavirus in an attempt to pander to China, even after Taiwan sounded the alarm about at least seven cases of atypical pneumonia that they were aware of in Wuhan, where the virus originated.

When asked about the cases by the media, Taiwan said China's health authorities said, "The cases were believed not SARS; however samples are still under examination, and cases have been isolated for treatment," according to the contents of an email sent by Taiwan's Center for Disease Control and Prevention to WHO on Dec. 31.

"I would greatly appreciate it if you have relevant information to share with us," the email said.

Taiwan is located about 80 miles off China's coast but has declared itself an independent nation for over 70 years. China, however, has refused to acknowledge Taiwan's sovereignty and consistently fights to bring it back under Beijing's control.

As a result, China has successfully persuaded WHO to exclude Taiwan from the organization.

The WHO denied that Taiwan ever alerted them to the potential person-to-person spread of the virus, but Taiwan's CDC said that because they specifically mentioned "atypical pneumonia" – reminiscent of SARS, which is transmitted via human contact – "public health professionals could discern from this wording that there was a real possibility of human-to-human transmission of the disease," they said in a press release.

"However, because at the time there were as yet no cases of the disease in Taiwan, we could not state directly and conclusively that there had been human-to-human transmission," Taiwan's CDC said.

Taiwan said that WHO and the Chinese CDC both refused to provide adequate information that could have potentially prepared the government for the impact of the virus sooner. 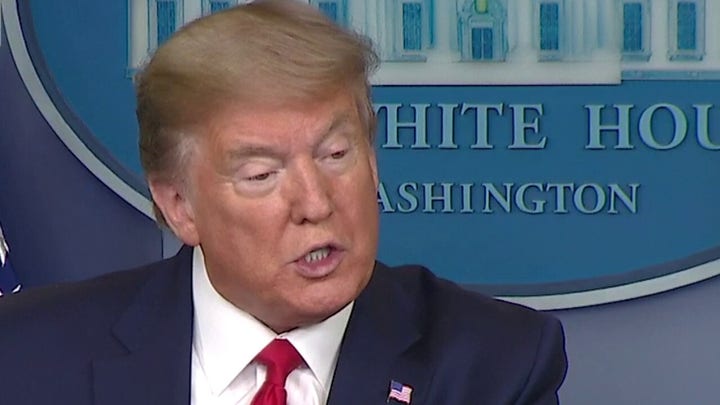 WHO ignored warnings from Taiwan and continued to reiterate China's false talking points — that "there was no evidence of human-to-human transmission" of the novel pathogen even as late as Jan 14.

In addition, WHO failed to mandate that Chinese officials share the viral strains that would have allowed diagnostic tests to have been produced significantly earlier worldwide.

Tensions between Taiwan and the WHO have caused President Trump to consider pulling funding from the U.N. agency, which receives the bulk of its money from U.S taxpayers' dollars.

Trump said Monday during the White House's coronavirus task force briefing that he expects to reach a decision by the end of the week -- days after he vowed that his administration would be "looking into" WHO's operations.

WHO chief Tedros Adhanom Ghebreyesus has accused the U.S. of "politicizing" its handling of the virus and said that doing so would result in "more body bags."

Currently, the coronavirus pandemic has killed 118,854 people in the world and infected over 2 million others.