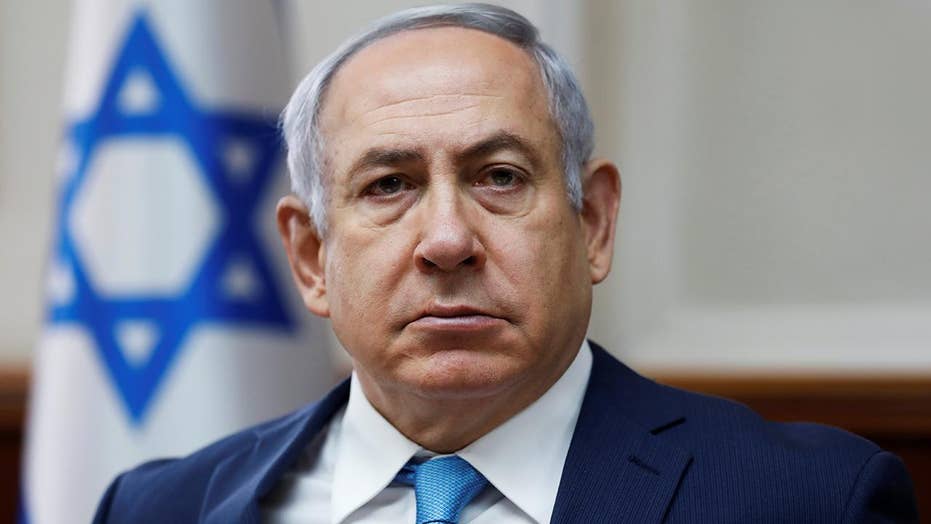 Israel sends a warning to Iran following airstrikes in Syria

Israel warned Syrian President Bashar Assad to stop letting his war-torn country be used by Iran as a launching pad for attacks, and tensions in the region remained high Tuesday following a weekend skirmish and a new Syrian threat of "more surprises."

The warning from Syria's Assistant Foreign Minister Ayman Sussan came after an Israeli fighter jet was shot down inside Syrian territory Saturday as it was flying home from a blitz that reportedly wiped out around half of Syria’s anti-aircraft batteries. The raid was directed at a site Jerusalem believes Iran used to launch a drone that was destroyed in Israel earlier in the day.

“God willing, they will see more surprises whenever they try to attack Syria,” Sussan was quoted by Reuters as saying during a news conference in Damascus.

He added Syria has “full confidence the aggressor will be greatly surprised, because it thought this war -- this war of attrition Syria has been exposed to for years -- had made it incapable of confronting attacks.”

Gen. Keane: Iran on the move in the Middle East.

The drone Iran launched was based off a U.S. model the Islamic Republic captured during the Obama administration, according to Israeli officials. The two Israeli pilots ejected from the F-16 jet when it came under Syrian anti-aircraft fire and suffered only minor injuries.

“We do not know what the mission of the Iranian drone was. It is their most advanced drone and they did not expect our radar to detect its penetration into our territory,” an unnamed senior Israeli defense official told The Jerusalem Post on Sunday, a day after the infiltration. “Our aerial freedom will not be harmed. We will continue to destroy targets.”

The official also said that “as far as we are concerned, the event is over but the Iranians are determined to continue to establish themselves in Syria; the next incident is only a matter of time.”

An Israeli military spokesperson said Iran and its Revolutionary Guard forces have been operating at the drone launch site in Syria “for a long time, backed by Syrian army forces and with the approval of the Syrian regime,” according to The Jerusalem Post.

“Iran has been using the base in recent months for the purpose of transferring weaponry to be used against Israel,” the spokesperson added.

Amb. John Bolton on the drone and shoot-down

Israel suspects Assad is helping Iran upgrade Hezbollah’s missile capabilities, and the Israeli security cabinet minister Yuval Steinitz warned the Syrian president on Monday that his country will not hesitate to strike back if necessary.

“Assad and Hezbollah are the same, and if there will be an attack against us, we will not be obligated to act only against the source of the attack,” he said during an interview on Army Radio. “We will reserve the right to choose the right front.”

Steinitz also blasted the Assad regime, calling it the “weak link in the Iranian-Shia axis.

“I think Assad should think very well whether he wants to turn Syria into a forward base for Iran or allow precision missiles through Syria to Lebanon, because he himself, his regime, his government and his army can be hurt in that situation,” Steinitz said

Witnesses told The Jerusalem Post that even before Steinitz’s comments, a convoy of Israeli missile-defense batteries was seen Sunday heading north to the city of Baka al-Gharbiya.

An Iranian general, meanwhile, said Monday the Islamic Republic is doubling down on efforts to bolster its missile launching capabilities.

“The nation is also more determined than ever to support the Islamic establishment in order to strengthen the country’s defense and missile power,” said Ahmad Vahidi, president of the Supreme National Defense University of Iran, according to the Tehran Times.