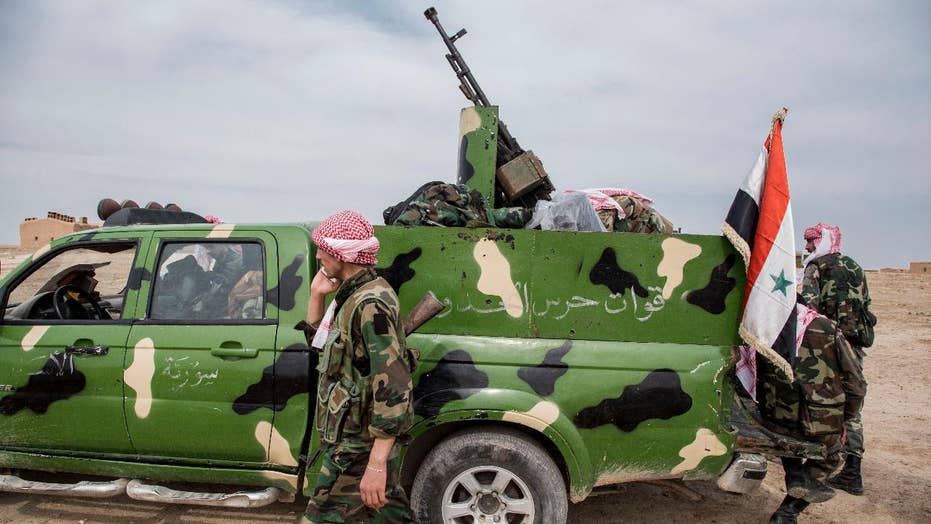 The 120-hour cease-fire agreement between Turkey and Syria ended Tuesday, and U.S. officials including Vice President Mike Pence were optimistic that a permanent peace deal could emerge after days of turmoil.

The commander of the Kurdish-led Syrian Democratic Forces (SDF) said its members have withdrawn from the 20-mile-wide safe zone under Turkish military control, Pence said while speaking at the Heritage Foundation Honors Gala on Tuesday night in Washington, D.C. Pence said it was because of President Trump's "strong leadership" that there's an opportunity for a permanent cease-fire in the region.

"Our team was continuing in communications with both sides with the hope that a permanent cease-fire could soon take hold," he said. "Those discussions are ongoing."

"We may well give the international community [the] opportunity to establish [a] safe zone between Turkey and the Kurdish population in Syria that will ensure peace and security for all the peoples of this war-torn region," the vice president added. "In the midst of it all, our troops are coming home." 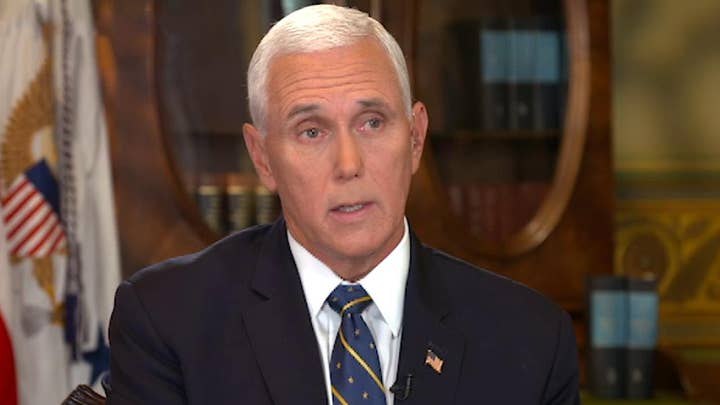 Trump earlier this month ordered that most of the 1,000 U.S. troops in northeast Syria withdraw from the region and relocate to Iraq. Only a handful of American troops have remained in Syria. Defense Secretary Mark Esper said Monday that the U.S. was considering leaving some troops in the region to secure oil fields so they won't fall into the hands of the Islamic State (ISIS).

"There has been a discussion about possibly doing it," Esper said at a news conference in Afghanistan, but added: "There has been no decision with regard to numbers or anything like that." 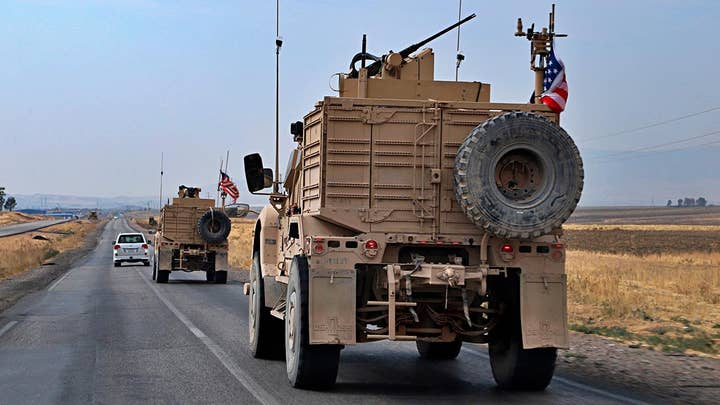 The move to withdraw nearly all U.S. troops was seen by many analysts and political observers as a green-light for Ankara to launch a military offensive on Oct. 9 in order to push the Kurds out of the region. Turkish President Recep Tayyip Erdogan claimed his country wanted to "neutralize terror threats" and establish a "safe zone."

Experts said Turkey's goal has been to put an end to a potential autonomous Kurdish state along its border with Syria, as Ankara has viewed many of the Kurds as terrorists.

Erdogan threatened the Kurds on Tuesday before leaving for Russia to meet with President Vladimir Putin in Sochi, saying: "Today is the last day for all the terrorists to vacate in the area." 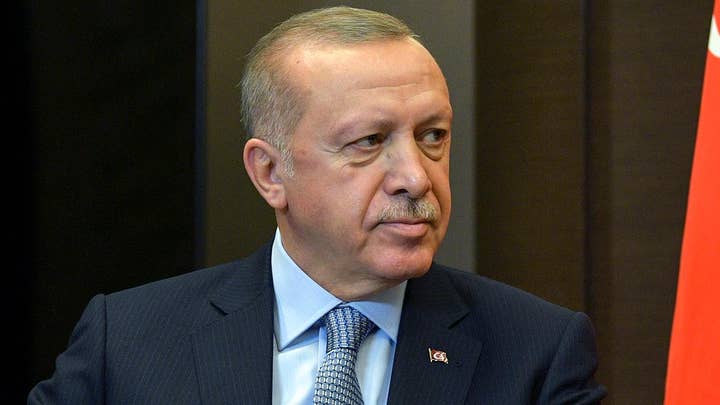 "As of 10 p.m. tonight [3 p.m. ET Tuesday], the time will expire. Our related agencies are monitoring the situation in the field closely. If the promises America gave us are not kept, our operation will continue," Erdogan said.

The tone was similar to what he displayed Saturday when he promised to "crush the heads" of the Kurds in Syria if they didn't fall back from the border's safe zone.

The threat came as both Turkey and the SDF claimed the other was violating terms of the cease-fire brokered by Turkey and the U.S. on Thursday. Despite the agreement, violence had continued in northeast Syria, a source told Fox News.

Dave Eubank with Free Burma Rangers, a private military company providing emergency medical assistance, was on the ground near the Syrian border city of Ras al-Ayn trying to help trapped and wounded Kurds. He said the fighting initially hadn't stopped and movement in the area was severely limited, despite the cease-fire's intention to "pause" hostilities, allowing Syrian Kurds time and space to retreat from the area. Thousands of Kurdish civilians have lived in the so-called buffer zone, a senior military source told Fox News. 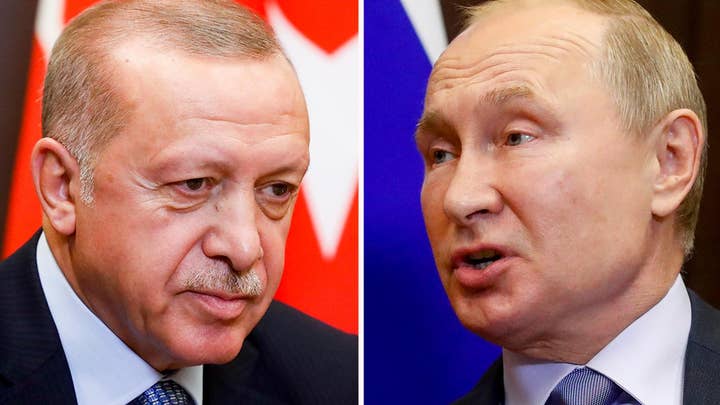 Putin and Erdogan met for more than six hours before speaking to reporters to announce the joint patrols. The fact that a NATO ally preferred to patrol the border with Russian forces, not American forces, was said to have made Pentagon officials scratch their heads.

Many Kurdish residents said they were angry over the United States' decision to withdraw from Syria. The U.S. had teamed up with the Kurds to fight ISIS in the region. As American troops departed, residents in a Kurdish-controlled city pelted armored vehicles with potatoes, tomatoes and rubish, videos showed. 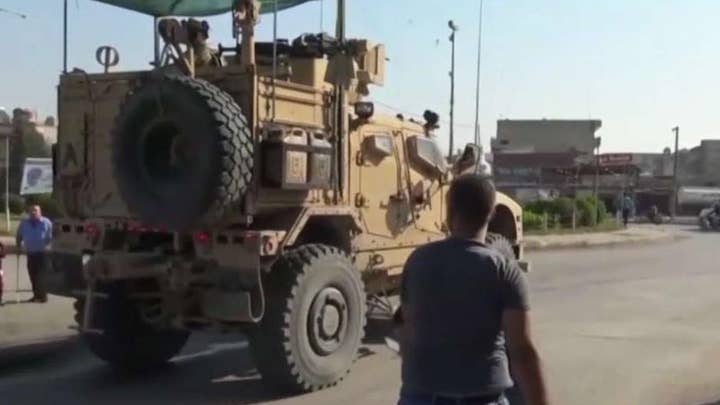 As U.S. troops left Syria and went to neighboring Iraq, the country's military said the Americans didn't have permission to stay there.

When he announced the cease-fire agreement last week, Pence repeatedly referred to the Kurdish fighters -- whom the U.S. military helped rebrand as the SDF to fight ISIS -- as the YPG, which is the moniker that the Turks have used to describe the Kurds.

Trump tweeted positively about the situation in the Middle East on Tuesday night, writing that  "good things seem to be happening." He added that "further reports" would come at a later time.

Trump has said the Turks have been "warring for many years," and that the U.S. did not need to protect war-torn Syria because it's "7,000 miles away."

The president last week claimed "thousands and thousands" of lives were being saved in Syria and Turkey due to the cease-fire.