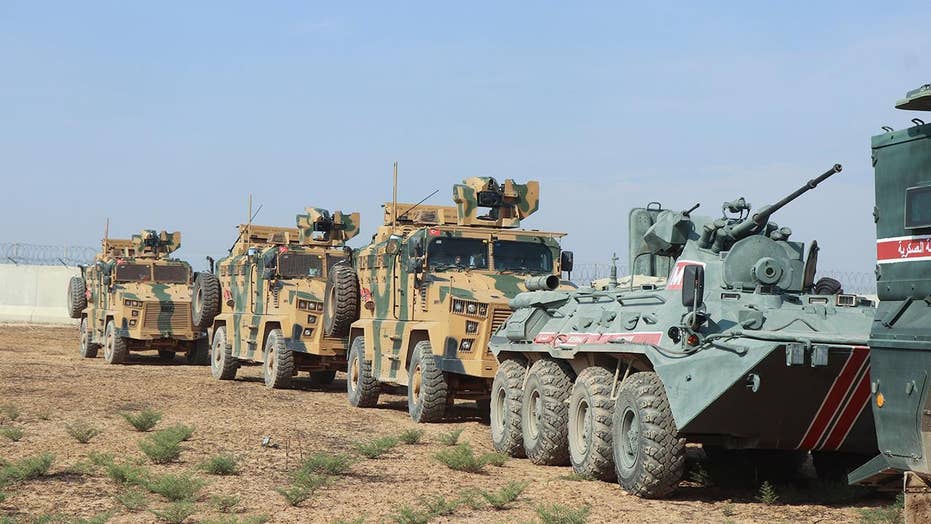 Syrian President Bashar Assad says he thinks Donald Trump is the "best American president" ever – because he’s the "most transparent."

The embattled ruler’s comments come as U.S. troops returned to eastern Syria to protect oil fields the Pentagon does not want to see fall back into the Islamic State’s hands.

“When it comes to Trump you may ask me a question and I’ll give you an answer which might seem strange. I tell you he’s the best American president,” Assad said, according to a translation. “Why? Not because his policies are good, but because he is the most transparent president.”

Syrian President Bashar Assad gestures during an interview in Damascus, Syria, in 2015. (AP/SANA)

US MILITARY RETURNS TO SYRIA TO PROTECT OIL FIELDS

“All American presidents commit crimes and end up taking the Nobel Prize and appear as a defender of human rights and the ‘unique’ and ‘brilliant’ American or Western principles. But all they are is a group of criminals who only represent the interests of the American lobbies of large corporations in weapons, oil and others,” he continued. “Trump speaks with the transparency to say ‘We want the oil’.”

Protecting the oil in Syria could mean U.S. forces are not just defending it from the 15,000 estimated ISIS fighters that remain there and in Iraq, but also from Assad’s troops, Russian and Iranian-backed forces as well.

While Assad appears to think highly of Trump, the same can’t be said the other way around.

Trump, in some of his tweets, has called the Syrian dictator “our enemy” and an “animal.”

“If President Obama had crossed his stated Red Line In The Sand, the Syrian disaster would have ended long ago! Animal Assad would have been history!” Trump tweeted in April last year.