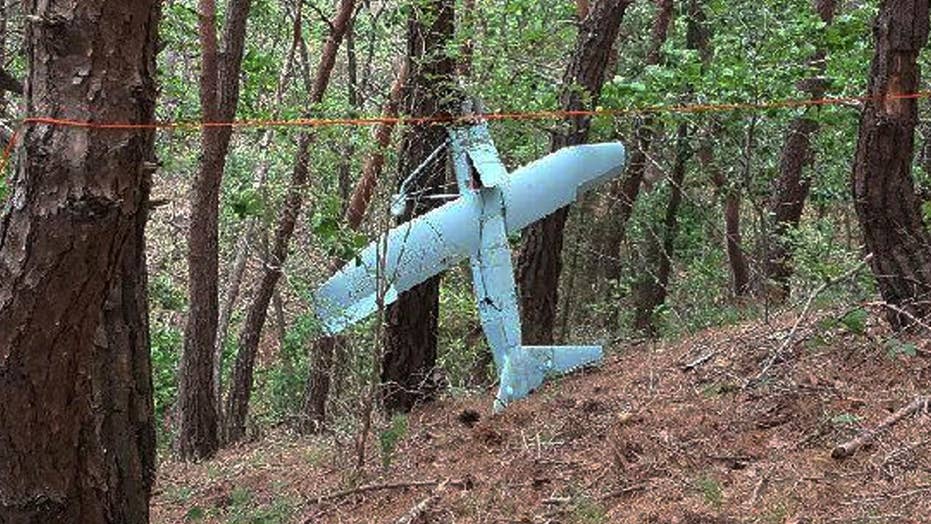 North Korea is accused of spying on a U.S. missile defense shield after South Korean officials discovered a drone with a camera attached near the border last week, South Korean military said.

Officials believe the drone came from North Korea because it had similar features as the aircrafts that were found on an island near the demilitarized zone in 2014, Reuters reported on Tuesday. The twin-engine blue drone was found in a forest and believed to have crashed because it ran out of fuel before reaching North Korean territory.

The Sony-made camera took 10 photos of the Terminal High Altitude Area Defense (THAAD), a U.S. system designed to shoot down ballistic missiles, a South Korean official confirmed. There were hundreds of other photos also stored on it.

Officials are still inspecting the drone and camera to determine if the photos have been transmitted to Pyongyang.

"We will come up with measures to deal with North Korean drones," the South Korean official told Reuters.

North Korea has touted its drone program in recent years, and South Korean officials believe its military has about 300 drones. In 2014, several suspected North Korean drones were found south of the border. Unlike the one found last week, the 2014 drones had singles engines and Japanese-made cameras.

The anti-missile defense system has been in the Seongju region of South Korea since last year, a defense toward North Korea's growing ballistic missile and nuclear weapons program. The drone discovery also came four days after North Korea tested new anti-ship missiles. At the end of March, the rogue state also tested a short-range Scud ballistic missile off its eastern coast that landed in the Sea of Japan.