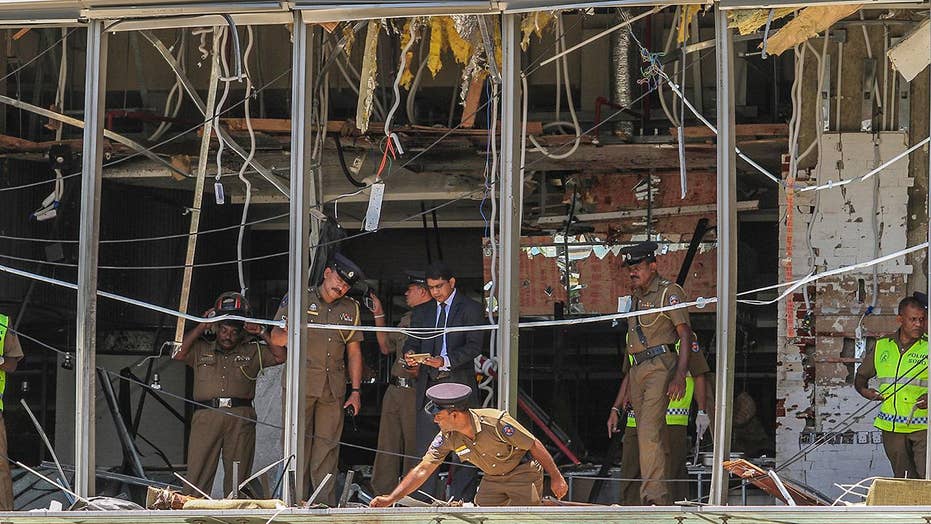 Despite a weakened presence in places such as Iraq and Syria, the Islamic State terrorist group remains a serious threat, said Aaron Cohen, a counter-terrorist and security expert, on "Fox & Friends" Wednesday.

Cohen, a former member of Israel’s elite special forces, said the Easter attack on Sri Lanka churches, hotels and other sites that claimed the lives of more than 300 people showed that ISIS appears to be sowing terror through small, affiliated groups.

"Fox & Friends" host Ed Henry recalled when President Barack Obama in 2014 likened ISIS to a junior varsity basketball team in an attempt to downplay the terrorist group's level of threat to international security.

SRI LANKAN WOMAN LOSES MOST OF HER FAMILY IN EASTER BOMBINGS

"What I will say is unlike junior varsity sports teams, terror organizations are extremely well-funded by countries such as Iran," Cohen said, "continue to not only pay terrorists to carry out acts of terrorism, but fund their families in case they're lost in the acts of terrorism because they're looked at as heroes."

As the death toll from the Easter bombings in Sri Lanka rose to 321 on Tuesday, the Islamic State group, also known as ISIS, claimed responsibility and released images that purported to show the attackers, while the country’s prime minister warned that several suspects armed with explosives are still at large.

A top Sri Lanka government official said the suicide bombings were carried out by Islamic fundamentalists in apparent retaliation for the New Zealand mosque massacres last month that a white supremacist has been charged with carrying out.

The security expert said that ISIS uses the Internet to recruit militants.

"They use...the dark web to build, plot, plan, and execute a wave of what we call nomad or solo terror attacks," Cohen said.

ISIS, which traces its roots back to the bloody emergence of Al Qaeda in Iraq after the 2003 U.S.-led invasion, has survived past defeats and is waging a low-level insurgency in areas it was driven from months or even years ago.

The Islamic State group, which has lost all the territory it once held in Iraq and Syria, has made a series of unsupported claims of responsibility and Prime Minister Ranil Wickremesinghe said that investigators were still determining the extent of the bombers’ foreign links.

Sri Lankan authorities have blamed the attacks on National Towheed Jamaar, a little-known Islamic extremist group in the island nation. Its leader, alternately known as Mohammed Zahran or Zahran Hashmi, became known to Muslim leaders three years ago for his incendiary speeches online.

The IS group’s Aamaq news agency released an image purported to show the leader of the attackers, standing amid seven others whose faces are covered. The group did not provide any other evidence for its claim, and the identities of those depicted in the image were not independently verified.