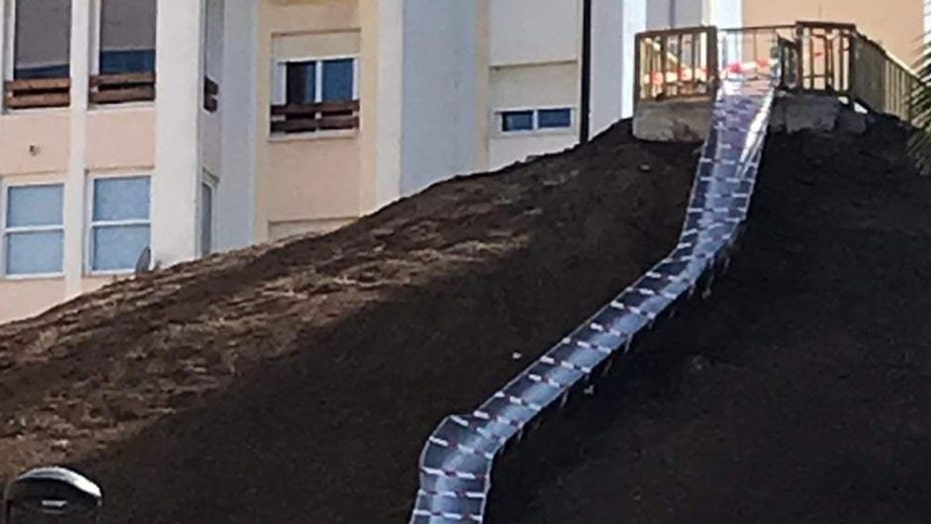 This thrill was apparently too much to handle.

A 125-foot slide that links two streets in a southern Spanish town was forced to close a day after opening on Thursday after multiple people reported being injured.

The stainless steel chute in Estepona was designed to give residents a quick way to travel between the streets at different elevations, saving a 10-minute walk, according to Sky News.

RYANAIR PASSENGER TRIES TO OPEN DOOR MID-FLIGHT: 'I WILL KILL EVERY ONE OF YOU'

But videos posted to Twitter showed people hurtling down at a high rate of speed, flying off at the end.

Others also shared images of bruises and scrapes they said they received while going down the ramp.

"The slide of Estepona is a s---, seen and proven," one woman wrote. "I threw myself and I hurt everywhere, I flew 2 meters and the cops started to laugh."

The town council said Friday it ordered the company that built the slide to carry out a thorough check and will close it in the meantime.

The 125-foot slide in Estepona, Spain has been closed for review a day after opening after people reported being injured. (Estepona Town Council)

It also said people needed to follow instructions on the slide, such as not riding the chute while laying down, keeping arms in, and not using it at the same time as other people.

"In this way, the image broadly disseminated by social networks corresponds to an isolated event, since more than a thousand users tested this infrastructure yesterday, making an appropriate use of it and, therefore, without any incidence," the council said.

The slide cost around $31,000 as part of the development of a new green space in the town, according to Sky News.