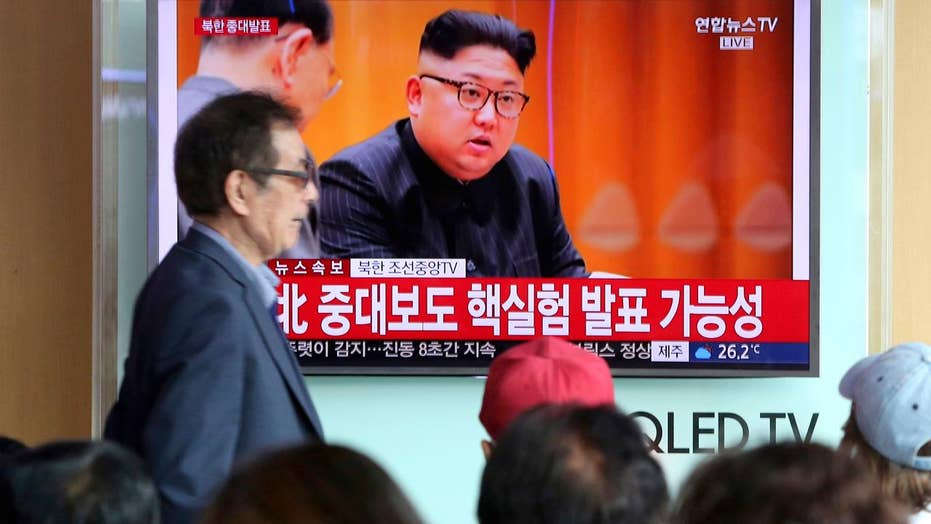 How should the US respond to NKorea's nuclear testing?

Officials added that the target was set considering the distance to where the North's test site was, and the exercise was aimed at practicing precision strikes, as well as cutting off reinforcements.

North Korea claimed on Sunday that it successfully detonated a hydrogen bomb, which possibly triggered an artificial earthquake, which the U.S. Geological Survey reported as having a 6.3 magnitude.

Hours before the test, photos were found to show regime leader Kim Jong Un examining what it said is a new thermonuclear warhead inside of a lab.

President Donald Trump tweeted Sunday that "North Korea is a rogue nation" and that "their words and actions continue to be very hostile and dangerous."

He added that South Korea is realizing their "talk of appeasement with North Korea will not work," before tweeting that the U.S. is considering cutting trade with any country that does business with North Korea.

Meanwhile, Treasury Secretary Steve Mnuchin said he was drafting a new sanctions package against the communist nation. The U.S. has already imposed economic sanctions on North Korea to stop the country's pursuit of a nuclear weapon.

In response to Pyongyang’s claim, Defense Secretary Jim Mattis said Sunday afternoon that any threats by North Korea to the U.S. or its allies would be met with an “effective and overwhelming” military response.

NORTH KOREA NUCLEAR TEST: WHAT IS A HYDROGEN BOMB?

He added, “we are not looking to the total annihilation of a country … but ... we have many options to do so.”

If confirmed, North Korea’s bomb detonation Saturday would be its sixth nuclear test, and its first since President Trump was inaugurated.