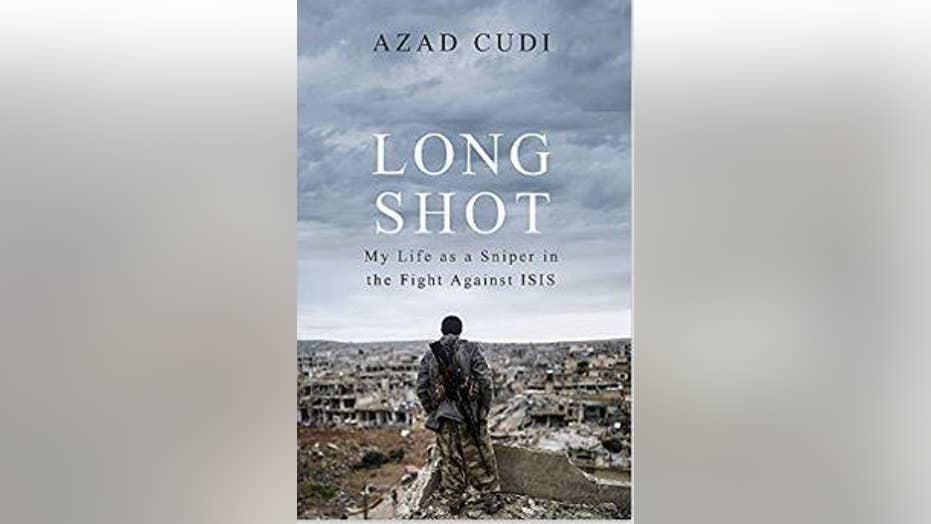 Sniper claims to have 'killed 250 ISIS fighters' in new book

Sniper Azad Cudi fought with the Kurdish forces against ISIS and claims he killed hundreds of the jihadis as he helped to stem their advance in his new book.

A sniper who fought with the Kurdish forces against ISIS has claimed he killed hundreds of the jihadis as he helped to stem their advance.

Azad Cudi traveled to Syria in 2013 to fight with the YPG forces after they came into conflict with ISIS following the outbreak of civil war in the country.

The 34-year-old has now written a book giving his account of how the Kurdish forces’ snipers held the bloodthirsty terrorists at bay against impossible odds.

Smoke rises over Syrian town of Kobani after an airstrike, as seen from the Mursitpinar border crossing on the Turkish-Syrian border in the town of Suruc in this file October 18, 2014 file photo.  (Reuters)

‘Long Shot: The Inside Story of the Snipers Who Broke ISIS’ focuses on the battle for the town Kobani, in northern Syria.

Cudi originally went to Syria to help as a social worker but soon volunteered to fight with the YPG.

ISIS' LAST ENCLAVE IN SYRIA IS ON THE BRINK OF TOTAL DEFEAT: REPORT

In an extract released by his publisher, he writes that around 12,000 ISIS fighters attacked Kobani in 2014 and were faced by just 2,500 men and women of the YPG.

The YPG are renowned for having mixed male and female units with women equal status when it comes to combat.

A man walks past damaged buildings in the northern Syrian town of Kobani January 30, 2015.  (Reuters)

They also had mobile battle kitchens and surgeries, even social media managers and investment specialists to manage their trade in pillaged oil and artifacts, writes Cudi.

“We lacked the most basic equipment, right down to binoculars and radios, ate whatever we found in the kitchens of abandoned houses and armed ourselves with forty-year-old Kalashnikovs and a few boxes of ammunition.

“If surviving these odds was already a figurative long shot, our meagre tools ensured it would also require literal ones.

“Sniping – killing the invaders one by one – was one of the few tactics available to us.”

Cudi claims to have personally killed 250 ISIS fighters while a fellow sniper shot dead as many as 500.