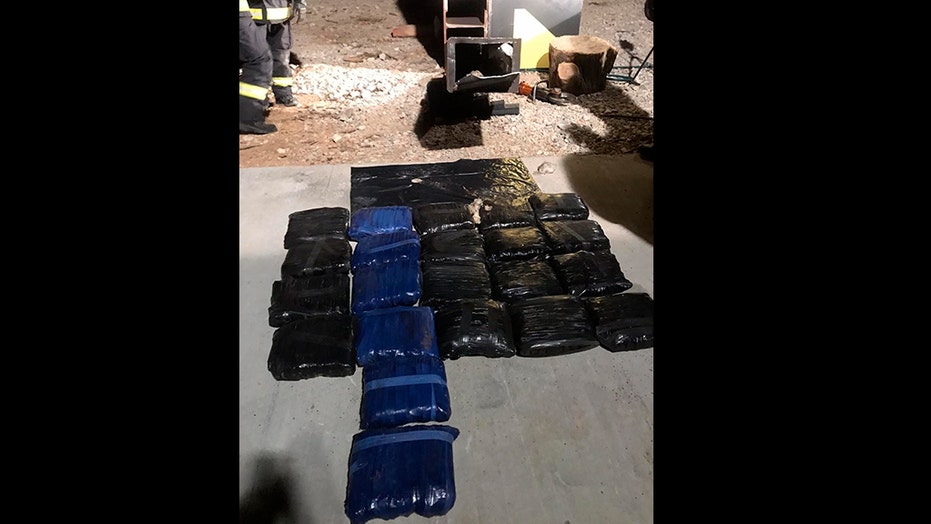 A drug-sniffing dog has led to a methamphetamine seizure that authorities in Slovakia are calling the country’s largest ever.

The meth was found at the end of May with the help of Hutch, a service dog employed by the country’s financial administration.

Hutch went to work after customs officials became suspicious about the contents of two large metal containers for transporting liquids.

Inside the containers, authorities found 1.5 tons of methamphetamines, worth $2.26 billion on the street, according to officials.

The shipment arrived in Slovakia by way of a Croatian port and is thought to have been destined to be sold throughout the European Union.

In this handout photo taken in May, 2020, a customs officer walks past bags containing drugs. Authorities in Slovakia say they have seized 1.5 tons of methamphetamines, with an estimated street value of $2.26 billion. (AP Photo/HO Photo by Slovakia's Custom Office)

The meth is believed to have been manufactured in Mexico.

Slovakia’s National Criminal Agency is working on the case.