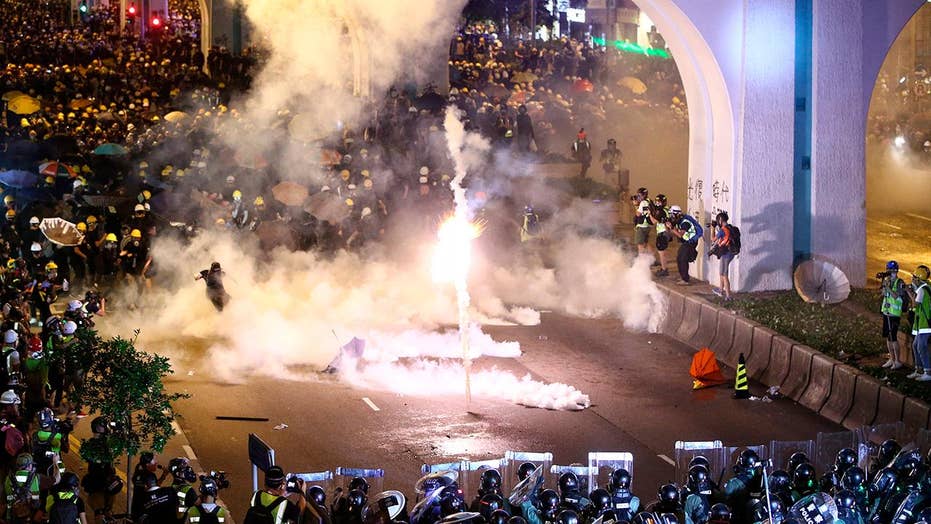 A senior Chinese official said Wednesday that Hong Kong is facing its worst crisis in more than 20 years after months of violent protests that started over a now-suspended controversial extradition law.

“Hong Kong’s crisis ... has continued for 60 days, and is getting worse and worse,” Zhang Xiaoming, the head of China’s Hong Kong and Macau Affairs office, said, according to Reuters.

Zhang said the violence is intensifying in an upheaval unlike anything seen since Hong Kong returned from British to Chinese rule in 1997, Reuters reported.

An umbrella is abandoned as protesters pull back from tear gas on Monday, Aug. 5, 2019. (AP Photo/Kin Cheung)

The protests started in April when millions took to the streets to protest the extradition law, which would have allowed Hong Kong residents to be tried in Communist mainland China. The protesters have since called for Hong Kong’s Chief Executive Carrie Lam to resign.

China said Tuesday the “unscrupulous and violent criminal” protesters would be punished.

The protesters have also said they "strongly condemn the lawlessness and the inhuman actions done by police."