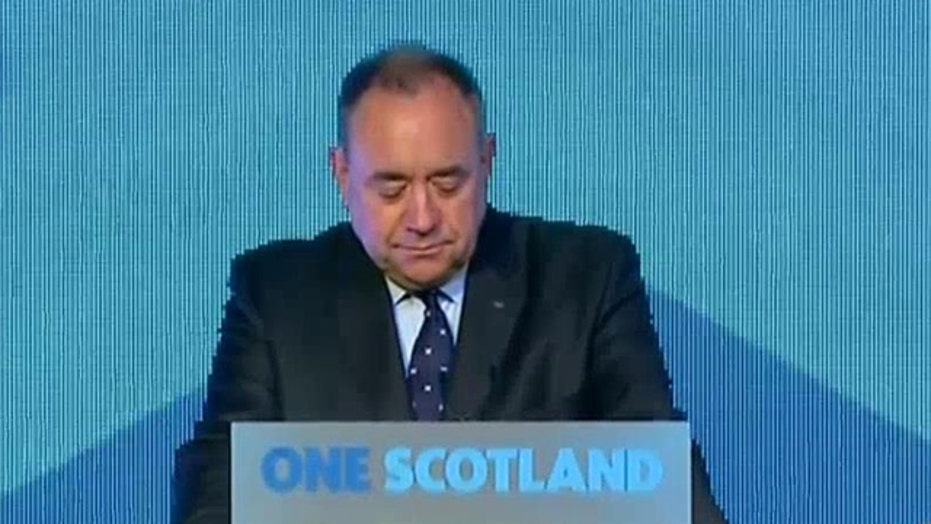 Voters in Scotland reject referendum to break free from UK

LONDON – Scotland's decision to reject independence from the United Kingdom helped shore up British markets Friday but worries over future constitutional changes kept a lid on the relief rally.

With all 32 Scottish councils having declared, the No campaign won 55.3 percent of the votes cast in Thursday's referendum against 44.7 percent who backed independence. The 10-point or so victory margin was wider than expected — most opinion polls on the eve of the vote showed a narrower 4-point victory for proponents of the union with England, Wales and Northern Ireland.

British stocks responded positively to the news Friday, with the FTSE 100 index up 0.6 percent in early trading.

"From an investor's perspective, it is a relief to resolve this uncertainty and the markets look to react accordingly," said Mark Dampier, head of investment research at stockbrokers Hargreaves Lansdown.

Those companies with Scottish connections outperformed the general market. Among them, Royal Bank of Scotland PLC, which is majority-owned by the U.K. government, was up over 4 percent, while Lloyds Banking Group PLC rose 2 percent. Oil giant BP PLC, which has sizeable operations off the shores of Scotland, was up 1.1 percent, too.

Royal Bank of Scotland, which is majority-owned by the U.K. government since receiving a bailout during the financial crisis in 2008, said it was abandoning a contingency plan that included moving its registered head office down south to England.

"That contingency plan is no longer required," the bank said in a statement. "Following the result it is business as usual for all our customers across the U.K. and RBS."

In the currency markets, the pound was solid too at the end of a week in which it has rallied strongly on expectations of a Yes vote.

But, as is the nature of markets, the focus is swiftly moving on. There are some concerns being voiced about how powers will be devolved to Scotland, as promised, and to the rest of the U.K. In a statement Friday, Prime Minister David Cameron said he was looking at a broad-based constitutional rejig in the U.K.

"The Scottish referendum may be over, but political uncertainty is here to stay in the U.K.," said Kathleen Brooks, research director at Forex.com. "Markets tend to be fearful of political uncertainty, especially when it could change the political landscape in a major global power like the U.K."