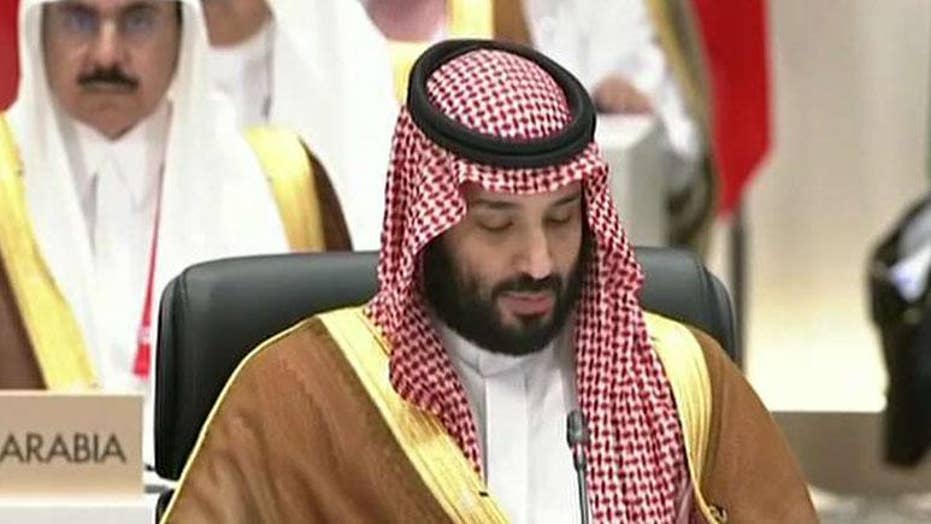 The U.S. should salute the Kingdom of Saudi Arabia on these developments, says Qanta Ahmed, member of the Council on Foreign Relations.

Following a string of updates to Saudi Arabian laws that loosen restrictions on women, the Middle Eastern kingdom has unveiled another--permission to join the military.

The country's foreign ministry announced the change on Wednesday. Women — who were previously barred from working as a member of the armed forces — are now allowed to serve for the Saudi Ministry of Defense.

Women will be allowed to take on several ranks in several different branches of the military, according to a tweet from the foreign ministry. This includes holding the titles of first soldier, corporal, deputy sergeant and sergeant in the Saudi Royal Land Forces, Royal Air Forces, Royal Navy, Royal Saudi Air Defense Forces and Medical Services for Armed Forces.

The ministry described the change as "another step to empowerment," and said that in 2018, women were permitted to join the Ministry of Interior as part of criminal investigations, drug combat, traffic and road security, security patrols, Haj and Umrah security, and intellectual and moral guidance.

Saudi Arabia has recently eased restrictions on women in other ways. On Sunday, the country's tourism authority announced new guidelines allowing men and women to share a hotel room without proof of marriage.

Saudi Arabia being sued for 9/11 attacks by victims' families

Instead, women will be allowed to rent hotel rooms with proof of identity — an ID card for Saudi women, a residency card for foreign residents living in the kingdom or passport for tourists. Previously, women needed permission from a male guardian to rent a hotel room.

In August, it was announced that all women would be able to travel without consent from a man. The kingdom previously treated adult women as minors, requiring they have a man’s consent to obtain a passport or travel abroad. Often a woman’s male guardian is her father or husband and in some cases a woman’s son.

The changes come as Crown Prince Mohammed bin Salman works to reform Saudi Arabia's laws. He previously lifted a ban on movie theaters in the kingdom and the world’s only ban on women driving.

Critics note there are limits to his reforms — and often point to the murder of Saudi writer Jamal Khashoggi in the Saudi consulate in Istanbul and the reported torture of several detained women’s rights activists.

Saudi officials told Fox News recently that the Kingdom is absolutely committed to the quest for equality – but stressed the importance of steady advancements and said that while it is impossible to make changes overnight that many critics demand, change is taking place and will continue to happen.