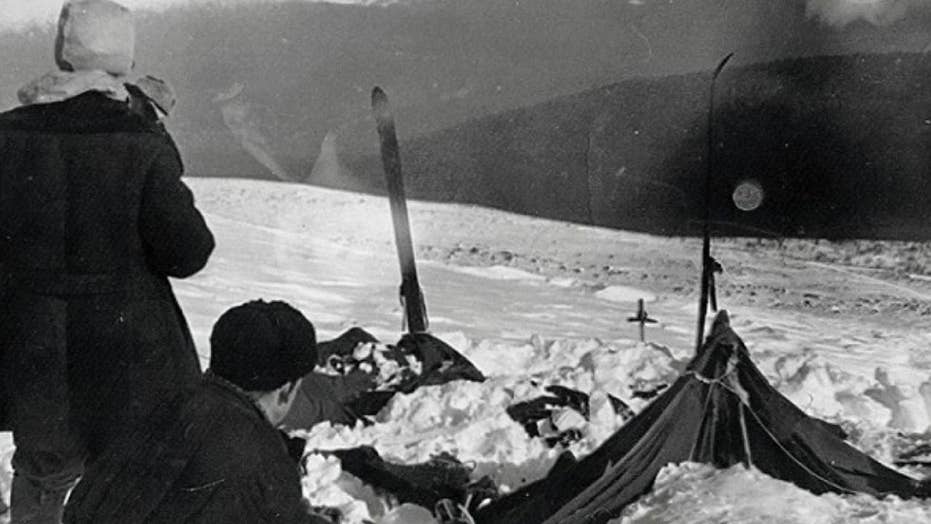 Russian officials have reopened a probe into the mysterious deaths of nine skiers in the 1959 Dyatlov Pass Incident.

Russian officials announced last week that they are reopening an investigation into the mysterious deaths of nine students who died in 1959 during a ski trip.

The deaths, known as the Dyatlov Pass Incident, have long sparked conspiracy theories surrounding what happened to the students.

"All of [the deaths] are somehow connected with natural phenomena," he said.

"Relatives, the media and the public still ask prosecutors to determine the truth and don't hide their suspicions that something was hidden from them,” he continued.

The incident began when the students went on a skiing trip across the Ural Mountains in January 1959. They were led by Igor Dyatlov, a student at Ural Polytechnic Institute, and the group -- in all, seven men and two women -- started off on what they hoped would be a 16-day journey.

Files seen at a press conference on Feb. 4, 2019, on the Dyatlov Pass Incident that authorities reopened.  (Getty Images)

The group was supposed to send a telegram to Yuri Yudin, who was slated to join them on the trip but ended up not going, when they arrived at the village of Vizhai. However, the telegram was never sent. Officials launched a search party for the group Feb. 20, 1959 and eventually discovered a tent that seemed to be slashed from the inside.

Theories were launched on what happened to the group with some even saying they were abducted by aliens. However, Kurrenoi said that “crime is out of the question.”

"There is not a single proof, even an indirect one, to favor this (criminal) version. It was either an avalanche, a snow slab or a hurricane,” he said.

Andrei Kuryakov, a spokesman for the Sverdlovsk’s prosecutor’s office, said that investigators would use modern technology to probe.

"Concerning exhumation, we will order a medical examination if necessary,” he said.