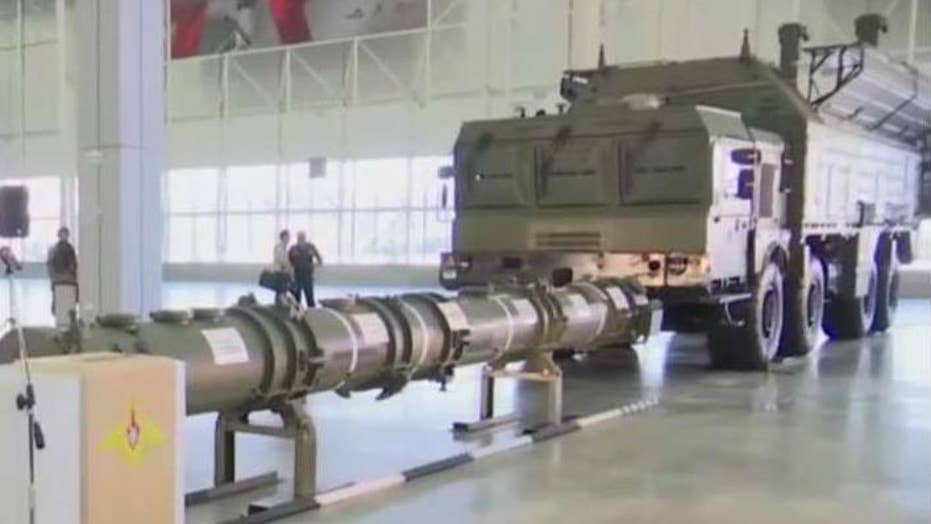 Russia on Saturday joined the U.S. in pulling out of a critical 32-year-old nuclear arms control treaty.

The U.S. announced its withdrawal from the 1987 pact Friday, accusing Moscow of violating the ban on the use of short and medium missiles.

"Our American partners announced that they are suspending their participation in the treaty, and we are suspending it too," Russian President Vladimir Putin said Saturday, according to the BBC.

US PULLING OUT OF COLD WAR-ERA ARMS CONTROL TREATY WITH RUSSIA, POMPEO SAYS

"All of our proposals in this sphere, as before, remain on the table, the doors for talks are open," he added.

Earlier Saturday, NATO Secretary General Jens Stoltenberg told the BBC that all European allies agree with the U.S. because Russia has violated the Intermediate-Range Nuclear Forces Treaty for a long time.

“They are deploying more and more of the new nuclear-capable missiles in Europe,” he said.

The U.S. has accused Russia of developing and deploying a cruise missile that violates provisions of the pact that ban production, testing and deployment of land-based cruise and ballistic missiles with a range of 310 to 3,410 miles.

U.S. Secretary of State Mike Pompeo said the treaty would terminate in six months unless Russia accepts U.S. demands that it verifiably destroy the cruise missiles that Washington claims are in violation.