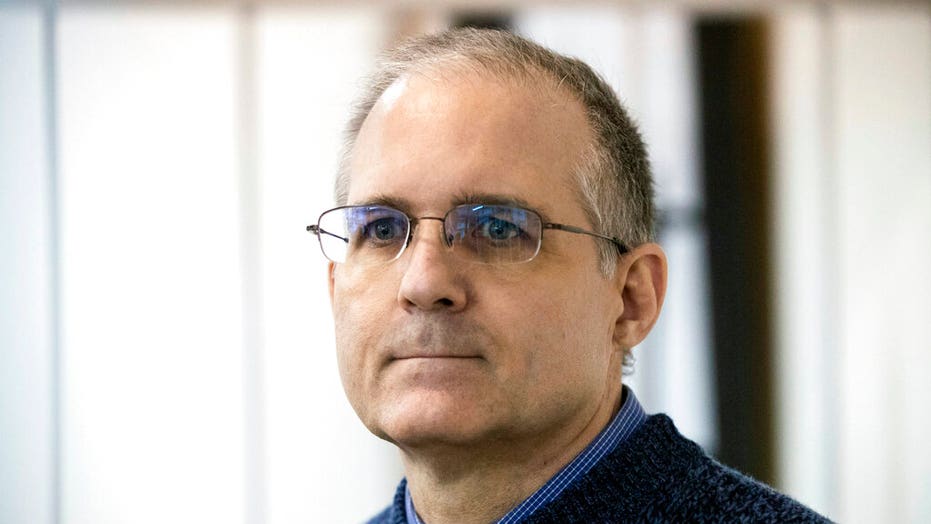 A Russian court on Friday extended the arrest for a former U.S. Marine charged with espionage, who complained in court about abuse in custody.

Paul Whelan was arrested at the end of December in a hotel room in the Russian capital of Moscow where he was attending a wedding. He was charged with espionage, which carries up to 20 years in prison in Russia.

Whelan denies the charges of spying for the U.S. that his lawyers said stem from a sting operation. Whelan's lawyer has said his client was handed a flash drive that had classified information on it that he didn't know about.

Paul Whelan, a former U.S. Marine, center, who was arrested in Moscow at the end of last year, waits for a hearing in a court in Moscow, Russia, Friday, May 24, 2019. The American was detained at the end of December for alleged spying.  (AP)

The court ruled Friday to keep the Michigan resident, who also holds British, Irish and Canadian citizenship, behind bars for three more months.

Whelan told reporters in court that he has been threatened and subjected to "abuses and harassment" in prison.

"I haven't had a shower in two weeks. I can't use a barber, I have to cut my own hair," a visibly agitated Whelan said from the defendant's dock. "This is typical prisoner of war isolation technique. They're trying to run me down so that I will talk to them."

Andrea Kalan, a spokeswoman for the U.S. Embassy in Moscow, said Friday that they are disappointed with the ruling, arguing there is "no evidence of any wrongdoing."

"The mature, civilized course would be to let Paul go home to his elderly parents, who are wondering if they'll see their son alive again," Kalan said.

Rights activist Eva Merkachova, who is authorized to visit Moscow prisons, told the RIA Novosti news agency on Friday that the prison administration at the Lefortovo detention center where Whelan is being kept did not let her speak to the American because they were speaking English.

She said she and another activist were told by a prison guard that they can only speak Russian on the premises and that Lefortovo refused to let in a certified translator.

Mikhail Fedotov, chairman of the Russian presidential council for human rights, told Russian news agencies that members of his council will look into Whelan's complaints.