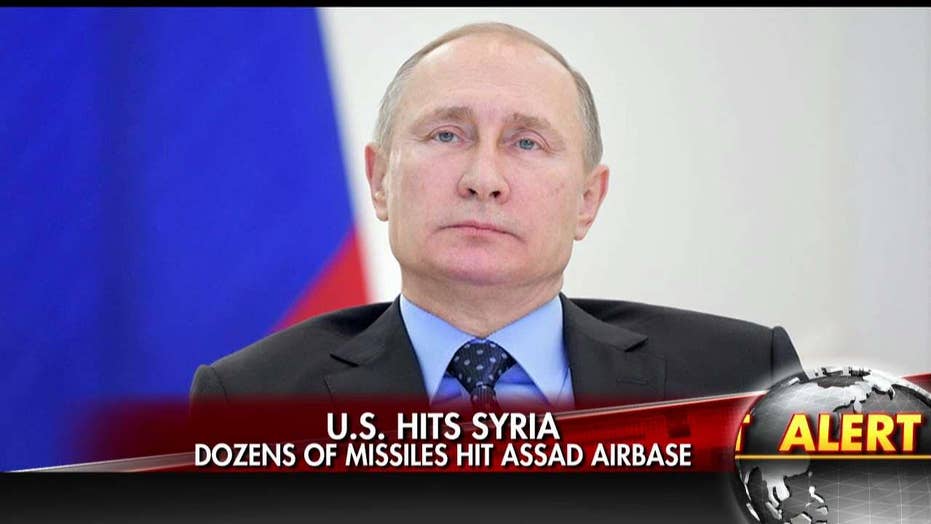 Russia has agreed to keep the communication channel between U.S. and Russian military operations in Syria open on Friday despite claiming it would be shut down following the missile strike at a Syrian airbase, senior U.S. military officials said.

Russia initially claimed it would be suspending the "deconfliction" channel in retaliation against the Syrian airstrikes that killed at least seven people, Fox News Channel reported earlier Friday.

The "deconfliction" channel was established in 2015, when Russia intervened militarily to prevent an accident or confrontation between the countries' military operations inside Syria.

TRUMP: AS LONG AS UNITED STATES STANDS FOR JUSTICE, PEACE WILL PREVAIL

The overnight missile attack, which marked the first time the U.S. has directly targeted Syrian President Bashar al-Assad's forces, was condemned by Russia and Iran, but welcomed by the Syrian opposition and its supporters, who expressed hope that it signaled a turning point in the devastating six-year civil war.

The Kremlin called the airstrikes an "aggression against a sovereign state," and said that it's in violation of international law. President Vladimir Putin's spokesman Dmitry Peskov said Putin believes that the U.S. has dealt the strikes under "far-fetched pretext."

About 60 U.S. Tomahawk missiles hit the Shayrat air base, southeast of Homs, a small installation with two runways, where aircraft often take off to bomb targets in northern and central Syria. The U.S. missiles hit at 3:45 a.m. Friday morning and targeted the base's airstrips, hangars, control tower, and ammunition areas, U.S. officials said.

COMPLETE COVERAGE: GET THE LATEST ON SYRIA FROM FOX NEWS

Russian military personnel were given about an hour notice before the strikes.

The missiles were fired from two warships in the Mediterranean Sea in retaliation for Tuesday's deadly chemical attack, which officials said used chlorine mixed with a nerve agent, possibly sarin.