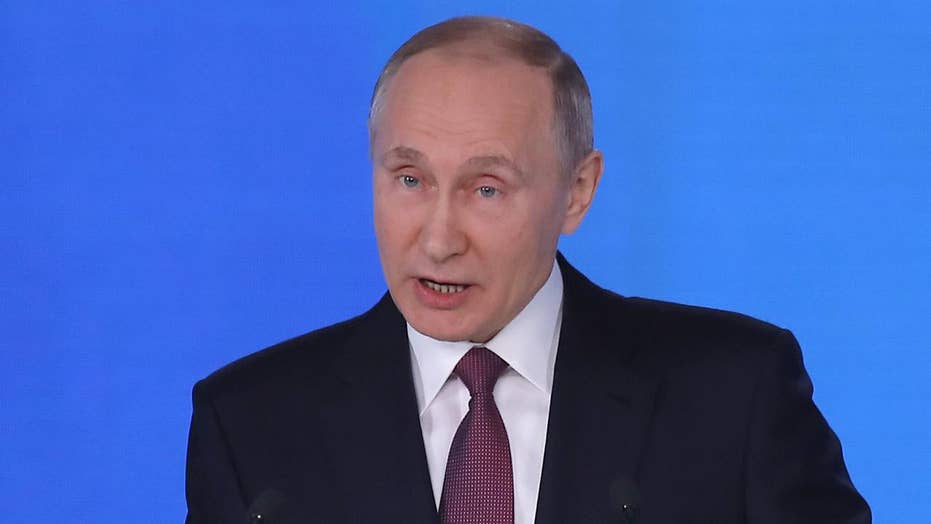 The incident on Thursday took place at a military shooting range in Nyonoksa, in the far northern Arkhangelsk region. Russia's Defense Ministry initially said the blast killed two people and injured six, but the state-controlled nuclear agency Rosatom later disclosed that the explosion killed five of its workers and injured three others. It wasn't immediately clear if Rosatom's figures were in addition to the casualties announced by the Defense Ministry or if it included the ministry's earlier numbers.

Rosatom said the explosion occurred while engineers were testing "a nuclear isotope power source" for a rocket. Local authorities in nearby Severodvinsk reported a brief spike in radiation levels after the explosion, swiftly publishing a statement on a local administration website -- but then later removing it without explanation.

Data cited by Greenpeace from Russia’s Ministry of Emergency Situations showed radiation levels rose 20 times above the normal level in the city, which is about 18 miles from the testing site.

Buildings at a military base in the town of Nyonoska, Russia, the site of an accident during a test of a nuclear-powered engine where at least 5 people were killed on Thursday. (AFP/Getty Images)

While the Russian military has remained quiet about what type of rocket may have been involved in the test, the research institute that employed five of the scientists that died said Sunday night a small nuclear reactor had exploded during the experiment in the White Sea.

Vyacheslav Solovyov, the scientific director of the Russian Federal Nuclear Center, said in a video statement to a local newspaper that the agency was working on a number of experimental technologies, including studying "small-scale sources of energy with the use of fissile materials." He said similar work is taking place in the United States, but did not disclose how much material had been involved in the incident Thursday, according to the Guardian.

“We are now trying to understand, we are working closely with a government commission, analyzing the entire chain of events to assess the scale of the accident and to understand its causes,” he said.

Two U.S.-based nuclear experts told Reuters on Friday that a liquid rocket propellant explosion would not release radiation, leading to speculation the nuclear-powered cruise missile was involved. U.S. intelligence officials told the New York Times they believe the blast involved a prototype of a missile Russia calls the 9M730 Buresvestnik. The NATO alliance has designated it the SSC-X-9 Skyfall.

During his 2018 state of the nation address, Putin unveiled the missile, along with other new weapons that he said made NATO's U.S.-led missile defense system "useless."

The Russian leader claimed the nuclear-powered cruise missile had an unlimited range, flew at a high speed and was capable of maneuverability that would allow it to pierce any missile defense. While Putin boasted of the ability to strike long-range targets, two U.S. officials briefed on Moscow's military capabilities told Fox News at the time the weapon was not operational yet and still in its “nascent" stage.

“The nuclear-powered cruise missile Putin bragged about has actually crashed a few times,” during recent testing in the Arctic, one official said. “Think about the environmental impact of that,” the official added. Both agreed to speak only on the condition of anonymity because they were not authorized to speak with the media.

Arms control expert Jeffrey Lewis tweeted Friday the "working hypothesis" was the incident was related to the 9M730 Burevestnik.

Lewis also shared an image on Twitter from Planet Labs that showed the Serebryanka, a nuclear fuel carrier, near the missile test site. He told Reuters his team examined Automatic Identification System signals from ships located off the coast, which showed the Serebryanka was located inside an “exclusion zone” set up off the coast a month before the apparent failed test.

“What’s important is that the Serebryanka is inside that exclusion zone. It’s there. It’s inside the ocean perimeter that they set up. It’s not there by accident,” he told the news agency. “I think they were probably there to pick up a propulsion unit off the ocean floor.”

He also told Reuters that the U.S. tried to develop a nuclear-powered missile engine in the 1950s, but it let off radiation that was "a health hazard to anyone underneath it."

The explosion last week created a run on iodine in nearby cities. Iodine prevents the thyroid gland from absorbing radiation, which can be dispersed in the air during a nuclear accident. Shipping in the Dvinsk Bay on the White Sea has also been shut down for a month after the accident, according to the Wall Street Journal.

On Monday, thousands of people attended the burial of the five Russian nuclear engineers who were killed in the blast. The engineers were laid to rest in the city of Sarov that hosts Russia's main nuclear weapons research center.