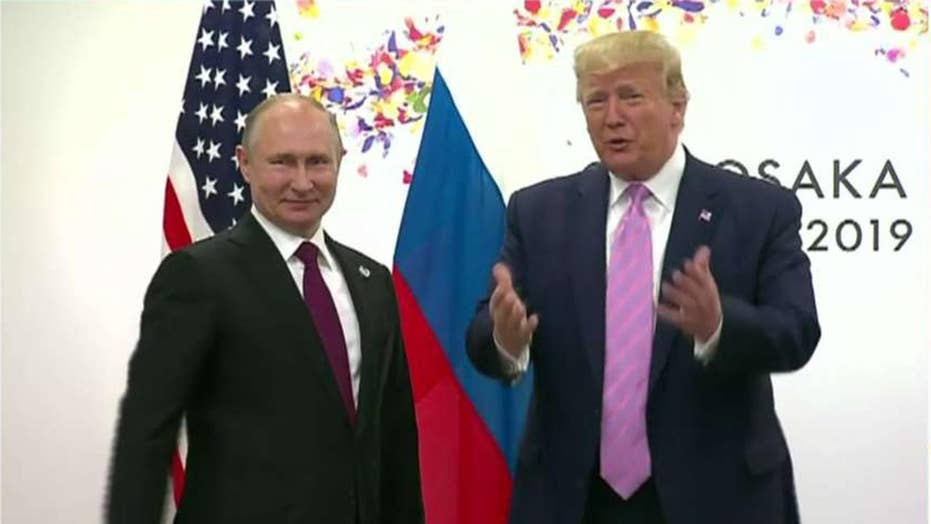 US formally withdraws from nuclear treaty with Russia

Vladimir Putin has warned Russia will develop short- and intermediate-range land-launched nuclear missiles if it gets word that the United States starts building such weapons.

"If Russia obtains reliable information that the United States has finished developing these systems and started to produce them, Russia will have no option other than to engage in a full-scale effort to develop similar missiles," Putin said Monday following a Security Council meeting, Reuters reported.

His statement comes on the heels of the U.S. announcing it was pulling out of the landmark Intermediate-range Nuclear Forces (INF) Treaty on Friday, saying Russia had violated the agreement.

"Throughout the process, they lied about the existence of the missiles at both the expert level and, finally when confronted with the evidence, came clean for this in the past several months," a senior White House official told Fox News last week.

The 1987 INF agreement was signed by then-President Ronald Reagan and Soviet leader Mikhail Gorbachev. It eliminated thousands of land-based ballistic and cruise missiles from both nations, as well as nuclear missiles. Specifically, it banned missiles with ranges of between 500 and 5,500 kilometers, or 310 to 3,410 miles.

The U.S. has in the past cited Russia's Novator 9M729 missile as being in violation of the treaty, as the missile has a range of approximately 310 to 3,410 miles, making it noncompliant with the INF agreement.

The White House on Feb. 1 had suspended its INF obligations and gave Russia six months to comply with the treaty, otherwise the U.S. would withdraw.

"The United States has fully adhered to the INF Treaty for more than 30 years, but we will not remain constrained by its terms while Russia misrepresents its actions," the White House said in a February statement. "We cannot be the only country in the world unilaterally bound by this treaty, or any other. We will move forward with developing our own military response options and will work with NATO and our other allies and partners to deny Russia any military advantage from its unlawful conduct."

In July, Russia signed a bill saying it was officially withdrawing from the treaty.

Putin also said Monday that Moscow and the U.S. should resume talks regarding a potential new treaty in order to avoid an "unfettered" arms race.

"In order to avoid chaos with no rules, restrictions or laws, we need to once more weigh up all the dangerous consequences and launch a serious and meaningful dialog free from any ambiguity," Putin said.