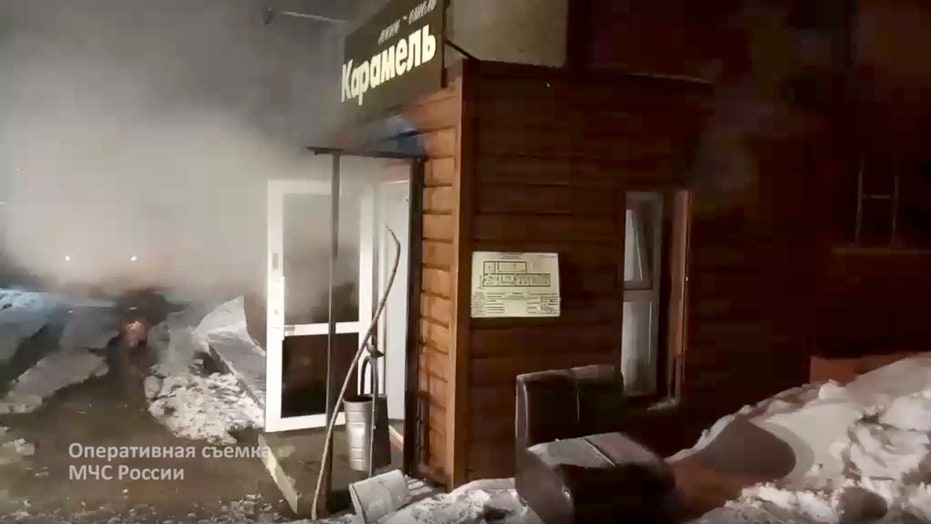 Five people were killed and six others were injured after a heating pipe burst on Monday at a hotel in Russia, flooding a basement hotel room with boiling water, according to officials.

The incident happened at the Mini Hotel Caramel, located in the basement of a residential building in the city of Perm, near Russia's Ural Mountains. Regional governor Maxim Reshetnikov described the incident as a “terrible accident" at the nine-room hotel

“We will conduct the necessary checks with law enforcement and monitoring services,” he said on Instagram. “Special thanks go to the rescue workers, who themselves received burns in pulling people out.”

All of the victims – including one child – were staying at the hotel, authorities said. Three of the injured were hospitalized with burns.

A view of a damaged hotel of nine rooms located in the basement of a residential building which was flooded with boiling water after a pipe ruptured in Perm, Russia on Monday. (Ministry of Emergency Situations press service via AP)

A doctor treating the victims, Andrei Babikov, told Reuters a 33-year-old woman had burns covering 35 percent of her body. Two men aged 28 and 35 were reported to be in a less serious condition.

Video posted on social media showed the thick steam billowing out of the hotel's entrance as emergency services responded to the scene.

The plumbing explosion left 20 buildings, including a hospital, a school and a kindergarten, without heat or hot water in the middle of winter, local authorities said.

PUTIN SPEEDS UP EFFORTS TO EXPAND HIS RUSSIAN RULE

Russian police have opened a criminal probe to see whether the deaths resulted from negligence.

The heating pipe involved in Monday's explosion had been in operation since 1962 and been broken repeatedly in the past, Russia' RIA News Agency reported.

Russian lawmaker Oleg Melnichenko said, given the deaths, the Russian parliament might consider a ban on having hotels or hostels in the basements of residential buildings.

“Hostels shouldn't be open in basements, where all pipelines are located,” Melnichenko said.

Last year the Russian parliament banned opening hostels or hotel rooms in apartments in residential buildings, according to The Associated Press.