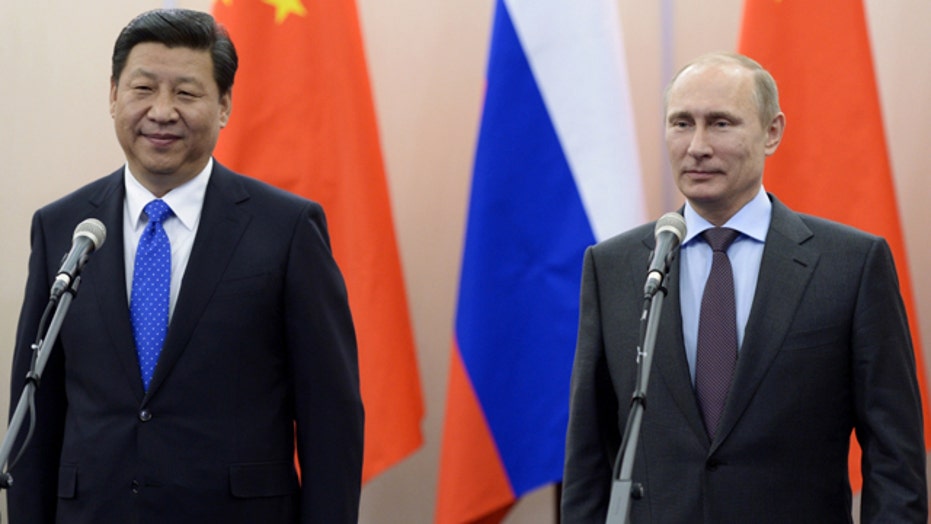 Should US fear closer relationship between Russia and China?

MOSCOW – Russian and Chinese leaders have signed a plethora of deals in Moscow, including billions in infrastructure loans for Russia.

Russian President Vladimir Putin is hosting China's Xi Jinping in Moscow this week for talks as well as commemorations of the 70th anniversary of the end of World War II on May 9, an event that most Western leaders preferred to stay away from.

Putin and Xi on Friday oversaw the signing of 32 contracts including a 300 billion ruble ($6 billion) loan to build a high-speed railway link.

Russian gas giant Gazprom also signed a memorandum of understanding with China's CNPC to build a gas pipeline to China and sell up to 30 billion cubic meters of gas, but the details have yet to be hammered out.