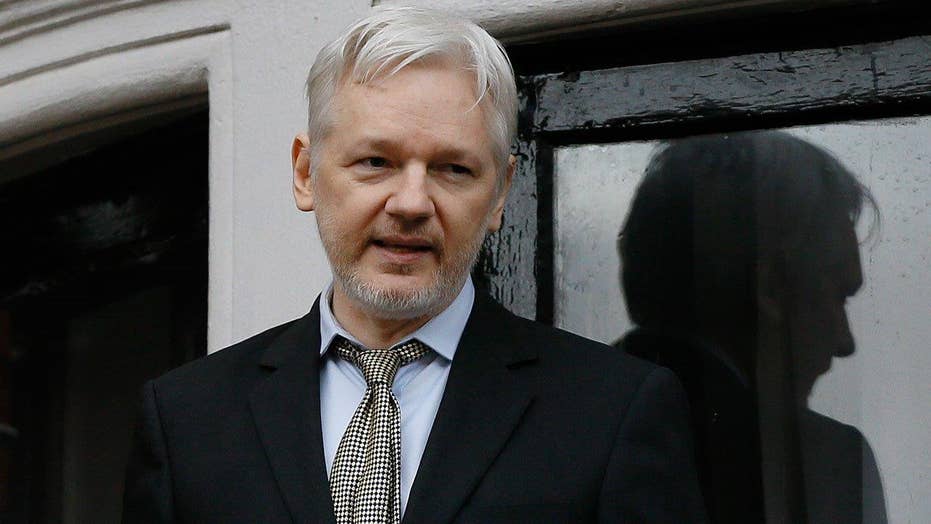 Showing no sign he would give himself up to the U.S., WikiLeaks founder Julian Assange reportedly begged the United Kingdom and Sweden to "do the right thing and restore my liberty" Monday, claiming he deserves freedom.

Assange has been holed up for more than four years at the Ecuadorian Embassy in London. He has refused to meet prosecutors in Sweden, where he remains wanted on rape accusations.

He spoke out one year after a United Nations group found the U.K. and Sweden were "arbitrarily" detaining him. Assange argued, "These two states signed treaties to recognise the U.N. and its human rights mechanisms," the BBC reported.

British officials previously said the finding from the U.N.'s Working Group on Arbitrary Detention "changes nothing."

Last month, Assange raised eyebrows across the Internet when he appeared to offer himself up as a kind of swap for Chelsea Manning, the former private convicted of leaking the hundreds of thousands of documents that made WikiLeaks a household name. The group made its offer to then-President Barack Obama.

"If Obama grants Manning clemency Assange will agree to US extradition despite clear unconstitutionality of DoJ case," WikiLeaks tweeted, apparently referring to the U.S. Department of Justice's continuing investigation into the radical transparency website. But when Obama granted clemency to the ex-Army analyst a week later, setting a May release date that lops almost 30 years off her sentence, Assange's lawyers said it wasn't enough.

"There's no question that what President Obama did is not what Assange was seeking," said Barry Pollack, who represents the WikiLeaks chief in the United States. "Mr. Assange was saying that Chelsea should never have been prosecuted, never have been sentenced to decades in prison, and should have been released immediately."

Melinda Taylor, who also represents Assange, agreed, saying in an email that clemency was "far short of what Mr. Assange asked for and what Ms. Manning deserved (which is to be pardoned and freed immediately)."

Neither supplied any evidence that Assange had used the words "immediate" or "pardon" in relation to his extradition offer, but Pollack said it was clear that was what Assange meant — noting that the Australian computer expert had previously pushed for Manning's pardon.

"Why would he be called for Manning's release in a few months from now?" Pollack said. "You can parse his tweets any way that you want to parse them. I think his position has been clear throughout."