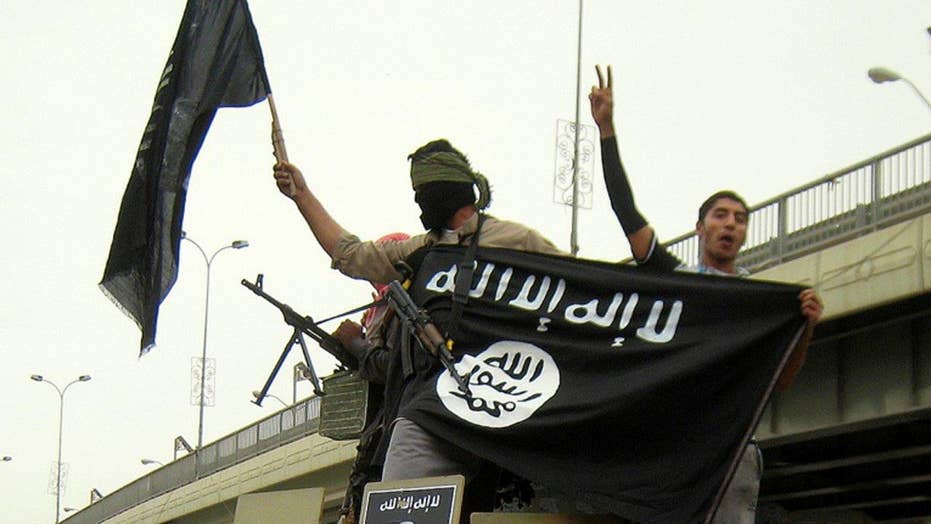 How ISIS operates inside and outside of the caliphate

Islamic State and the Assad regime in Syria have been colluding with each other in deals on the battleground, Sky News can reveal.

Our exclusive investigation into leaked secret IS files suggests one piece of co-operation was over the ancient city of Palmyra.

The files also show that the militant group has been training foreign fighters to attack Western targets for much longer than security services had suspected.

The revelations underscore fears in the United States that a network of sleeper cells is spread across Europe, avoiding detection, and is planning further Paris- and Brussels-style assaults.

IS defectors, meanwhile, have told Sky News that Palmyra was handed back to government forces by Islamic State as part of a series of cooperation agreements going back years.

New letters obtained by Sky News, in addition to the massive haul of 22,000 files handed over last month, appear to confirm this.

:: An agreement with the Syrian regime to withdraw IS weapons from Palmyra.

:: A deal between IS and Syria to trade oil for fertiliser and;

:: Arrangements to evacuate some areas by Islamic State forces BEFORE the Syrian army attacked.

All appear to be pre-agreed deals and suggest direct evidence of collusion between the Syrian regime and Islamic State chiefs.

For the past 18 months Sky News has maintained contacts with a Free Syrian Army group originally from Islamic State's headquarters in Raqqa, but now living across the border in Turkey.

The group operates a network to smuggle defectors away from IS.

Some of the defectors openly admit their prior allegiance to the terror group and acknowledge that they only left because of internal disagreements with some of the IS leadership.

In reality they remain wedded to the basic tenets of Islamic State: strict Sharia law, a caliphate and on-going war against anyone deemed to be an enemy.

The authenticity of the latest documents is impossible to verify, but all previous leaks of material funnelled through this group have proved to be genuine.

The new documents are copies of handwritten orders sent from Islamic State's headquarters.

One document requests safe passage for a driver through IS checkpoints "until he reaches the border with the Syrian regime to exchange oil for fertiliser".

The defectors claim that this is a trade agreement between the two sides that has been going on for years.

Another letter contains instructions for a commander to "transfer all equipment and weapons to the agreed evacuation point. We have received intelligence that al Qasr and its surroundings will be bombed on 24th November, 2013".

The defectors claim this was a withdrawal agreed between Syria and Islamic State.

The most interesting document was written shortly before the Syrian army recaptured the ancient city of Palmyra, after months of occupation by IS.

"Withdraw all heavy artillery and anti-aircraft machine guns from in and around Palmyra to Raqqa province," the document says.

I asked one of the defectors if Islamic State was coordinating movement of its fighters and leaving areas they previously controlled, in direct coordination with the Syrian army and even the Russian airforce.

His answer was simple. "Of course," he said.