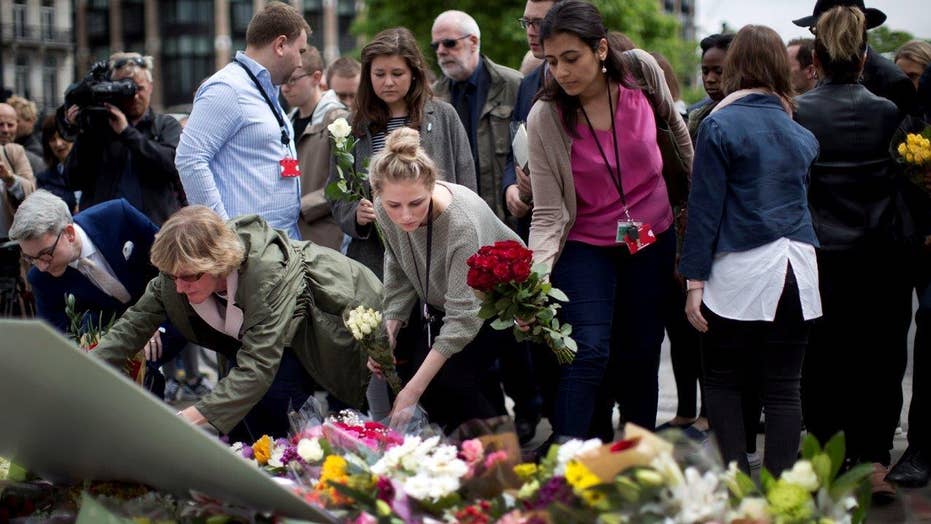 The man accused of murdering a member of the British Parliament in cold blood Thursday was a supporter of white supremacist organizations based in the United States and South Africa, according to multiple reports.

Thomas Mair, 52, was being held in connection with the death of 41-year-old Jo Cox, a member of the opposition Labour Party. Cox was shot and stabbed outside a library in Birstall, northern England, after a regular meeting with constituents.

Late Thursday, the Southern Poverty Law Center described Mair as a "dedicated supporter" of the National Alliance, a neo-Nazi group headquartered in the United States. The organization said that Mair had purchased several publications from the National Alliance's publishing arm, National Vanguard Books, including a manual that included instructions on how to build a pistol.

On its website, the SPLC published three invoices for orders placed by Mair with National Vanguard Books. One was dated May 13, 1999, another was dated May 5, 2003 and the third was dated May 29, 2003. In all, the SPLC said Mair bought $620 worth of publications from the National Alliance.

Meanwhile, the Daily Telegraph reported that Mair was a longstanding subscriber to "S.A. Patriot" a magazine published by the White Rhino Club, which supports the reintroduction of apartheid in South Africa.

It is not clear how Mair, who was born in Scotland and lived most of his life in the English town where Cox was killed, came to support the White Rhino Club. However, the Telegraph cited a blog post attributed to the group that described Mair as "one of the earliest subscribers and supporters of S. A. Patriot."

At least one witness reported that the man who killed Cox shouted "Put Britain First!" during his attack. The phrase may be a reference to Britain First, an anti-immigrant party founded by former members of the explicitly racist British National Party.

The party's leader, Paul Golding, said that the phrase "could have been a slogan rather than a reference to our party. We just don't know."

However, Mair's brother Scott told reporters Thursday that Thomas Mair "is not violent and is not all that political. I don’t even know who he votes for. He has a history of mental illness, but he has had help."

Cox was the first sitting member of Parliament to be killed in office since 1990, when Conservative lawmaker Ian Gow was assassinated by a car bomb planted by the Irish Republican Army. She was an enthusiastic campaigner for Britain to remain a member of the 28-member European Union ahead of next week's referendum on the issue.

Immigration has been a flashpoint in the referendum campaign, with many "leave" supporters eager to curb the number of migrants to Britain by leaving the EU, which operates on the principle of free movement of people between member states.